As everyone knows George is gardening mad, what few people realise however, is that I adore cutting grass and have done since childhood. Weeding doesn't have the same appeal, but there is something relaxing about the simple pleasures of mowing grass, it doesn't require any brain power either. I remember aged ten or eleven leaving dad's brand new lawnmower outside in Liverpool while I ran in the house for a drink only for to find his pride and joy had disappeared when I went back outside ten minutes later. It took a while for him to forgive me, times have changed, addresses have altered and our gardening equipment has improved markedly. Sun Hill takes a lot of maintaining and our hard working Husquarvana has acres and acres of grass to cut at least once, and usually twice a week from April to October.

Last week “Husky” number one was joined by “Husky” number two, so over the Easter weekend George and I enjoyed a spin on “his n hers” lawnmowers. It was hilarious as we raced up and down the grass gallops seeing who cut their side of the gallop the fastest. I won on the new mover of course, and even manged to “get up George's inner” in the process. Something once considered a ‘fate worse than death’ on the racecourse.

The horses have thoroughly enjoyed being back on grass and conditions have been really good but the recent heavy rain and thunder storms are equally welcome, the grass and fields were starting to dry out too much and the all-weather gallop was also too dry, the round canter was starting to get dusty so when the heavens opened up on Thursday we were thrilled go get soaking wet. 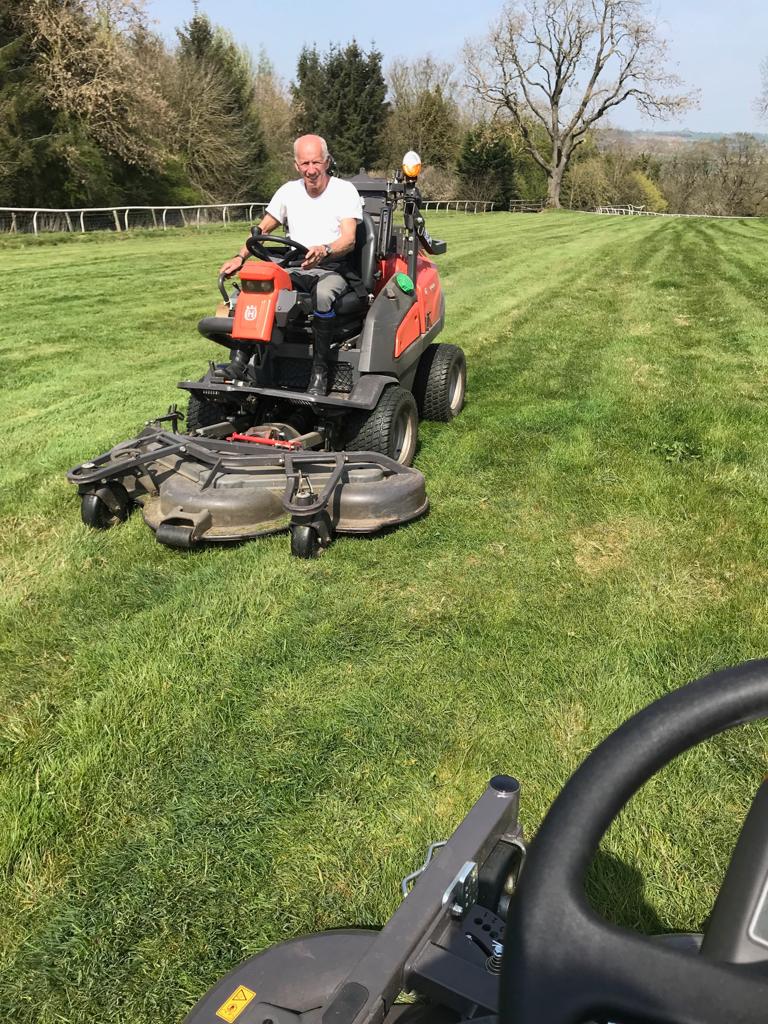 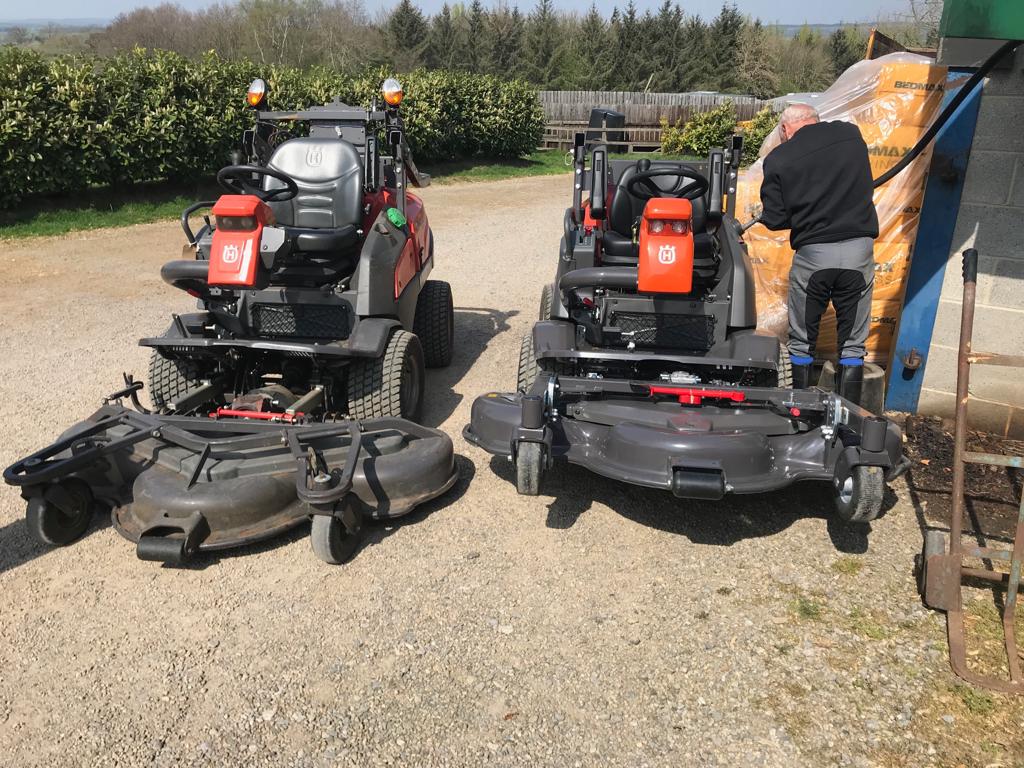