Fools of the world unite to cause agony

After "Hilary J's" success on Friday at Thirsk and "Ninetta's" promising fourth in a valuable event at Chester on Saturday we had sent our Sunday runners off to the races full of optimism and hope. "Peach Pavlova" was the first runner of the day in a hotly contested plus ten bonus race, a maiden over the minimum trip. Up with the pace and travelling smoothly throughout she was taken wide at the bend by the favourite who was busy looking at a large white transit van being driven on the inside of the rail upsides the runners. The consequence of the drivers actions was to push both horses - especially Peach Pavlova into the centre of the track which, according to PJ cost her a length and a half while opening the door up the inner for the eventual winner who was sitting behind our filly and the favourite. The finish was the tightest of the day and the filly was officially beaten a "nose".

Todays Racing Post reported that  the Clerk of the Course Mr Gundhill said he "didn't know what the driver thought he was doing"  but clearly he was not acting under instructions. The usual car which is driven around the inside of the track ahead of the races and fitted with a loudspeeker used to move members of the public who are too close to the rails, had failed to show up so a large white van was used instead. However the driver - employed by a local security firm decided he would drive alongside the two year olds as they raced around the turn. The cost of this to us was an agonisingly close second instead of a clear victory, and the loss of around 16k for the fillies owners. Mr Gundhill apologised  profusely to myself and PJ, who was apolectic with rage.

Thankfully good old "Chant" came along in the next race and made all to win by two and a half lengths, he has been in fine form at home after his season was cut short last year by a slight injury. He has a tremendous race record having been placed in the first four in 25 of his 33 races to date. His owner Ann Starkie is a wonderful supporter of the yard and it's great to see her enjoying a fine season after her two year old "Cuppacoffee"  won two races already this season.

On the yard Allen had to endure the indignity of everyone knowing he is now 60 years old but at least he enjoyed a fabulous chocolate cake. At the weekend, new owners to the yard let their three gorgeous kids hitch a lift in the back of the "Bentley" while winging up and down the gallops desite the fact that I was doing the steering. Other recent news includes the schooling of several of the yards flat horses over poles and hurdles ready for a crack at juvenile hurdling. So far,  so good......................... 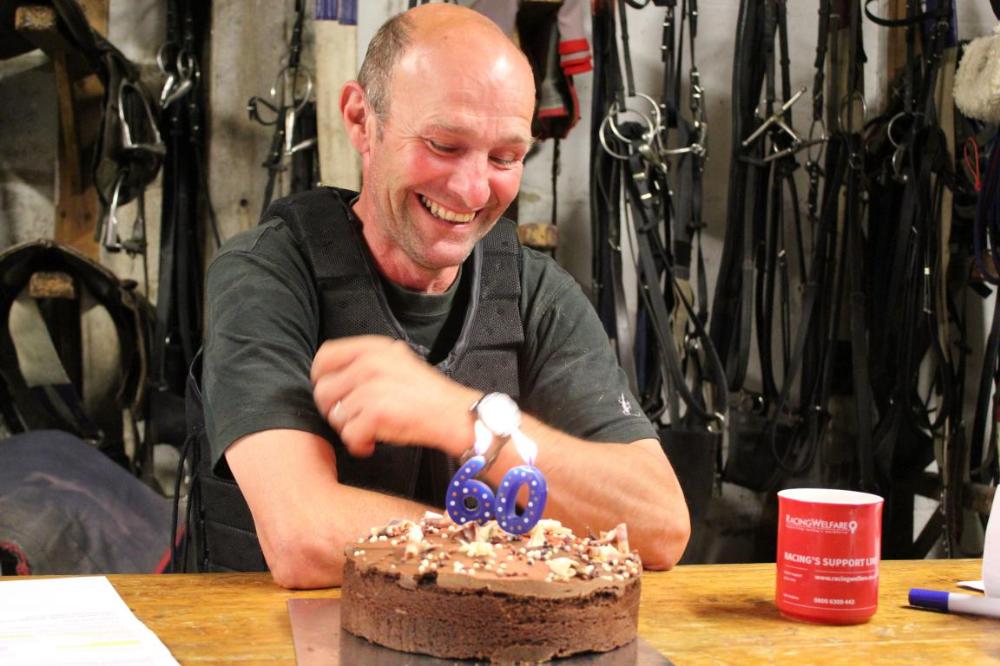 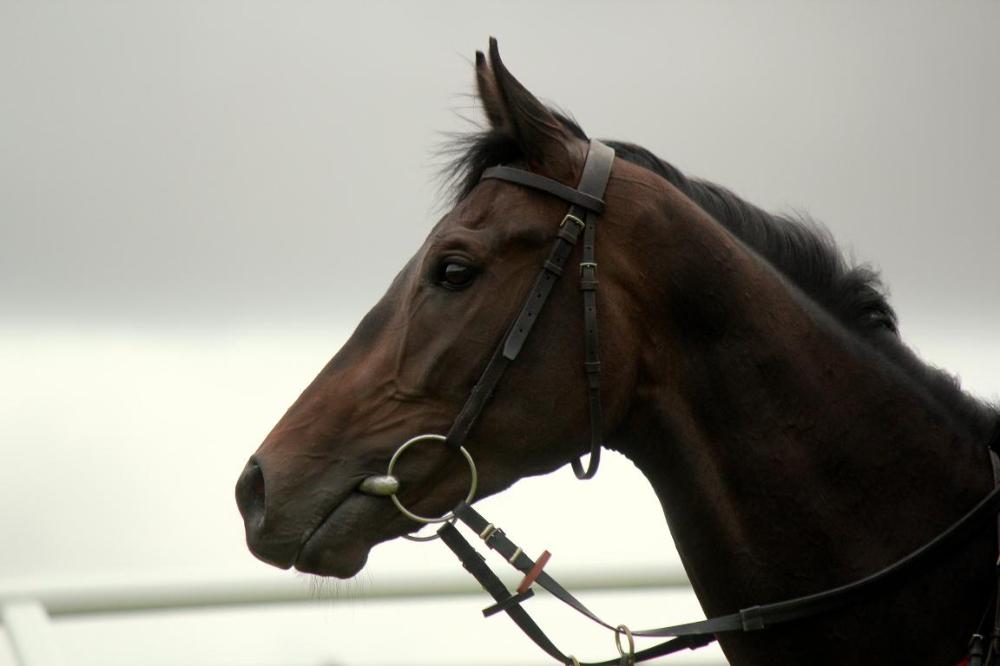 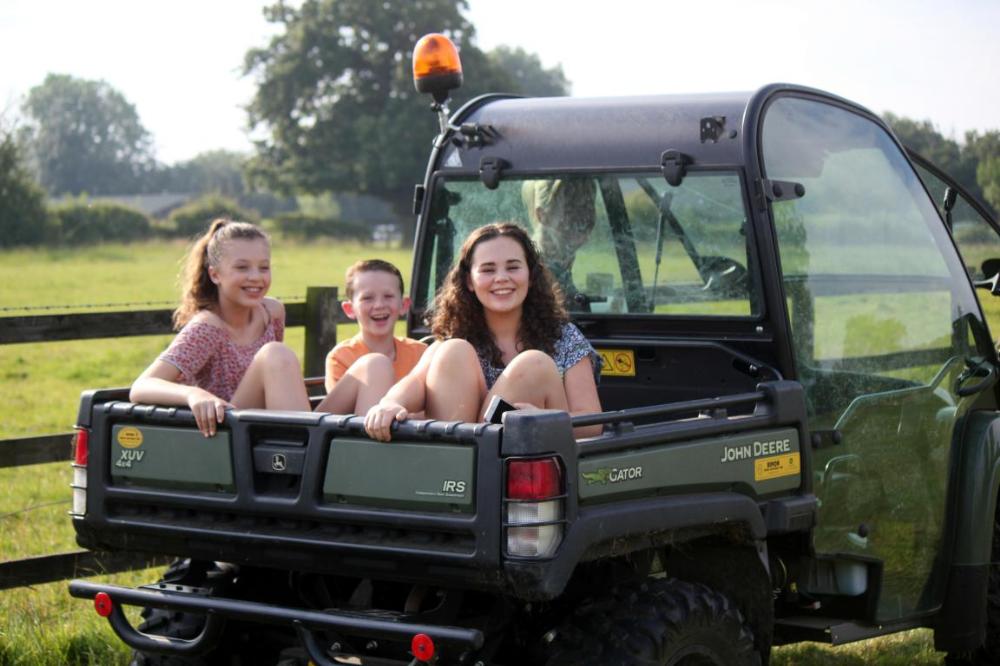 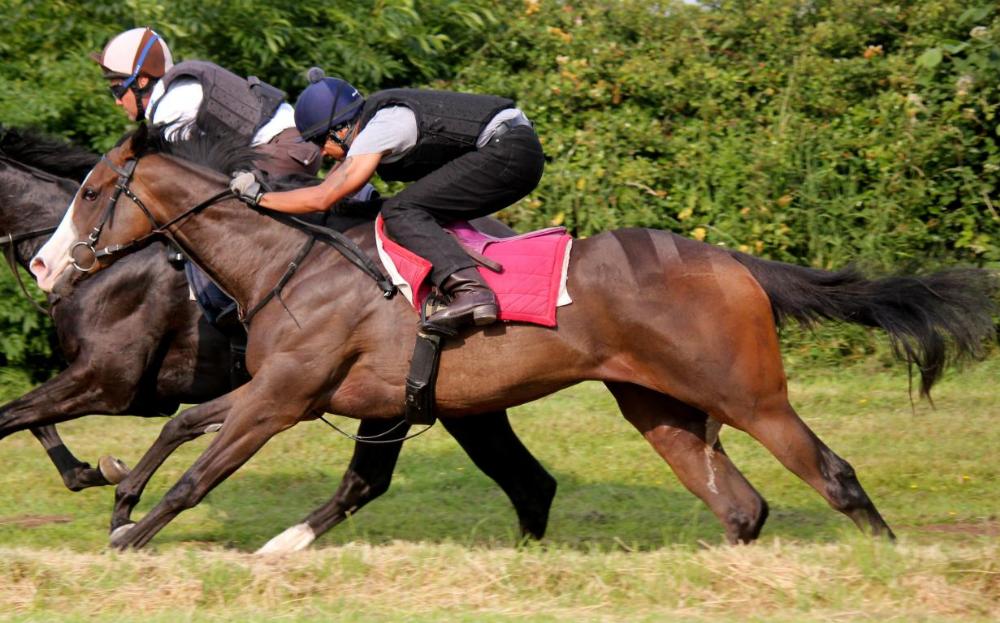 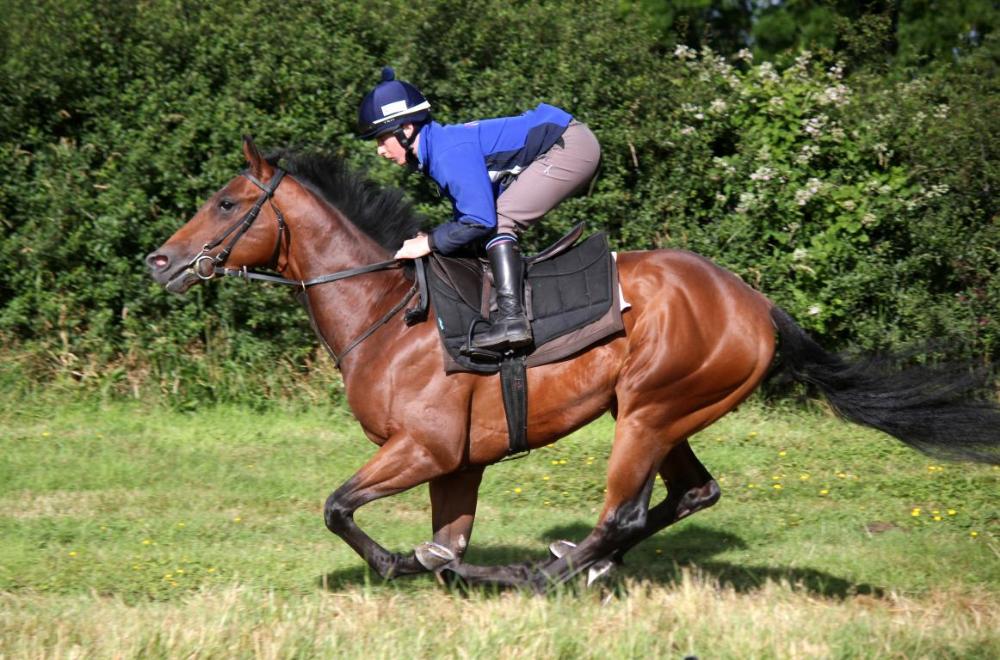 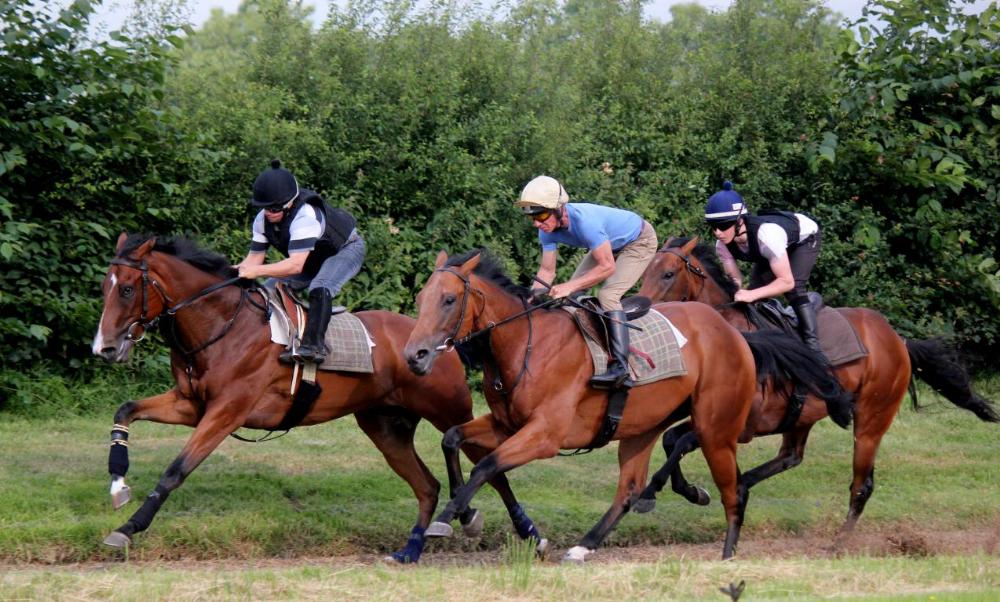