We said our “goodbyes” twice this week, first when former jump jockey turned trainer “Brendan Powel” announced he could no longer continue training and was about to return home to his native homeland in Ireland to become Joseph O’Brien’s assistant, and secondly when our delightful friend, and resident goat “Saturday” was found dead in her stable yesterday morning. James was as upset as I have ever seen him, Alicia the pony who lived with Saturday, is distraught and all of us, including the horses miss her wandering around the yard and occasionally creating havoc.

“Saturday” was born here at Sun Hill many years ago prompting head man James to come rushing into the house calling for George and I to “Come straight away- a miracle is taking place in the yard - Nutty was giving birth”. Of course we thought James had gone mad, but he was insistent and it transpired he wasn’t imagining it. A very young Billy goat and a very old nanny goat had got a bit too friendly, we all thought he was too young, and she was too old and that the pair would be nothing more than ‘paddock pals’ but nature had other ideas and on a Friday evening a Billy goat appeared followed the next day by the little nanny- hence the not so original names of “Friday” and “Saturday”.

Mum “Nutty” sadly died a week after giving birth, leaving us all with some very long days and nights as everyone took turns bottle feeding the pair. They grew up to be fabulous friends although Friday had his own ideas about life and ended up enjoying himself with lots of ladies on a goat farm while Saturday lived here until yesterday.

She will be sorely missed, as will Brendan Powel from the training ranks. A lovely guy, very popular and formerly a superb jump jockey too, I remember him well when I first started training jumpers although I don’t recall him riding any of my own horses. 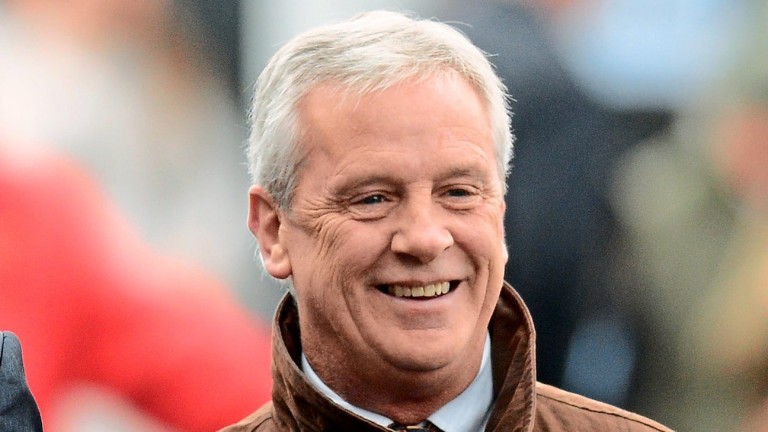