The calm after the storm, today has been dry and muggy after last nights downpour. Thunder and lightning lit up the sky while a vast amount of rain hammered down for several hours. We, along with the rest of the country, have been in dire need of rain and so we welcomed it gladly - though whether the local farmers currently harvesting share the senitment, I don't know!

We have four runners today. three of which are owned by Evelyn, Duchess of Sutherland, who rather trepidatiously travelled to Beverley driven by George. George has a need for speed that doesn't end with fast horses. There, we run Arnold who has been drawn badly once again and although he's certainly capable, the poor draw will be a stiff task for him to overcome. Highly Focussed runs in the next race and we hope he can repeat the form he showed on the all-weather. Both George and Her Grace will then head to Thirsk, to be joined by Ann, where her fillies Nifty Niece and Miss Bates will line up. We hope that despite her patchy form, Nifty can put her last run behind her and return to the good form of her seasonal debut win, and Miss Bates should have come on for the run last time after over 200 days off the track. The going is now good and hopefully both will appreciate the lack of sting in the ground.

An exiting day tomorrow with a 6.30am visit from the BBC to film the yard and chat to Ann. I don't know the focus of the documentary yet, but I'm sure she'll save the juicy stuff for the autobiography...

Ann and Evelyn, Duchess of Sutherland 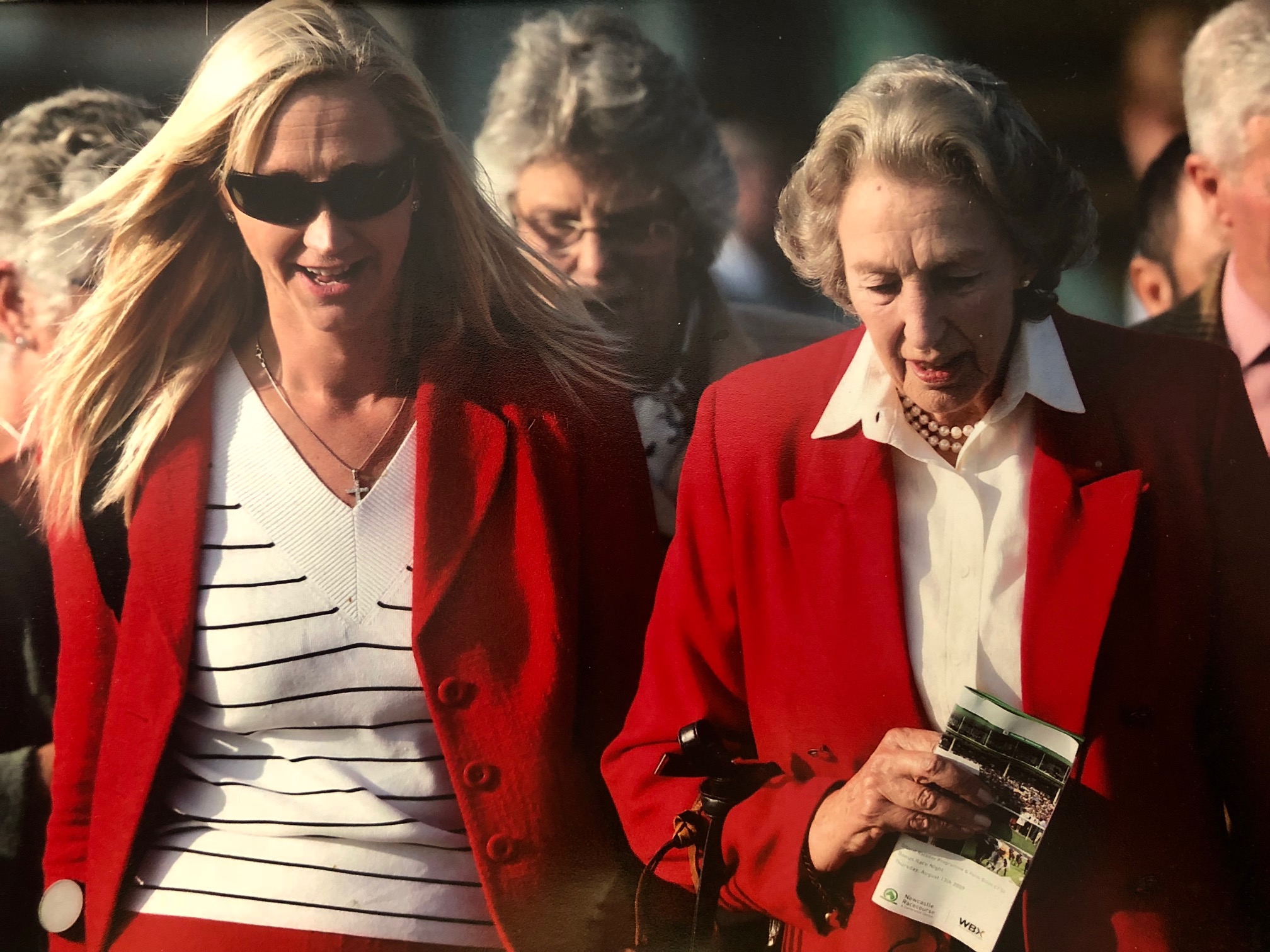