A glutton for punishment.

Well what is he “Gunner” do next? Duffield’s diaries could be re-named “Diaries of a desperate dog lover” the emphasis of desperate and most likely daft, but for those of you who know us well we have always been a ’two GSD family’ but when the king of them all “Harry” died two years ago next month we were left bereft and with one very high maintenance boy in “Charlie” so we decided to leave the GSD numbers as they were and let Charlie go it alone. Until Friday.

Enjoying a quick café lunch with AJ’s gorgeous girlfriend, her mum and her auntie in “Upstairs at inspiration” (a smart, well run high street café in Bedale serving lovely food although Lily’s bacon rolls weren’t as good as our salads) WhatsApp started pinging with messages from family friends in the North who happen to be police dog handlers and breeders of Harry, Charlie and a big lad called Gunner who had proven too big, too physically gangly (think foal) and too strong for his non police force puppy walker lady who apparently let him stop at lampposts for a quick sniff, a move which is a BIG NO NO in police dog units. Its not difficult to imagine the scene or the headlines “police dog hot on the trail of a criminal stops to sniff the lamppost while criminal gets first fun and legs it!”

Gunner -now 11 months old and related to both Harry and Charlie had been reunited with his breeders after his spell in the police saw him confined to barracks on a strict calorie reduced, drug filled diet for growing too much, where he remained frustrated and still growing. Sometimes horses need similar treatment to slow their growth down too.

As the pictures and videos of the gangly creature in need of a good home came rolling in via WhatsApp there really was no alternative so having returned home to a quick, occasionally heated conversation with George which included words like “he comes- I go” and “I am leaving” the deal was sealed and Gunner was on his way.

By the time he arrived the old boy had cooled off a bit and Charlie was very excited and, so far so good. He slept in a stable because he is used to living in a kennel which pleased me because having torn everything in sight (mostly cardboard boxes) he had the decency to indicate that our boots, wellies and trainers are all potential targets. Within three seconds he had copied Charlie opening the house door with his feet. This morning while I was working on the computer he sat on the far side of the desk watching every move I made, until suddenly he made his own move and in a spilt second this 48kilo beast (2 kilos heavier than Charlie and only 6 lighter than George) leapt onto the desk to get a closer look. 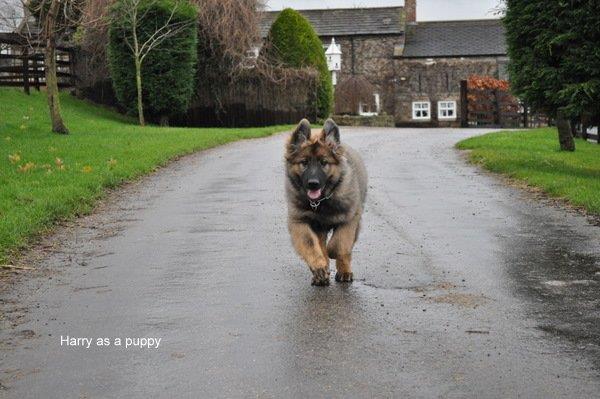 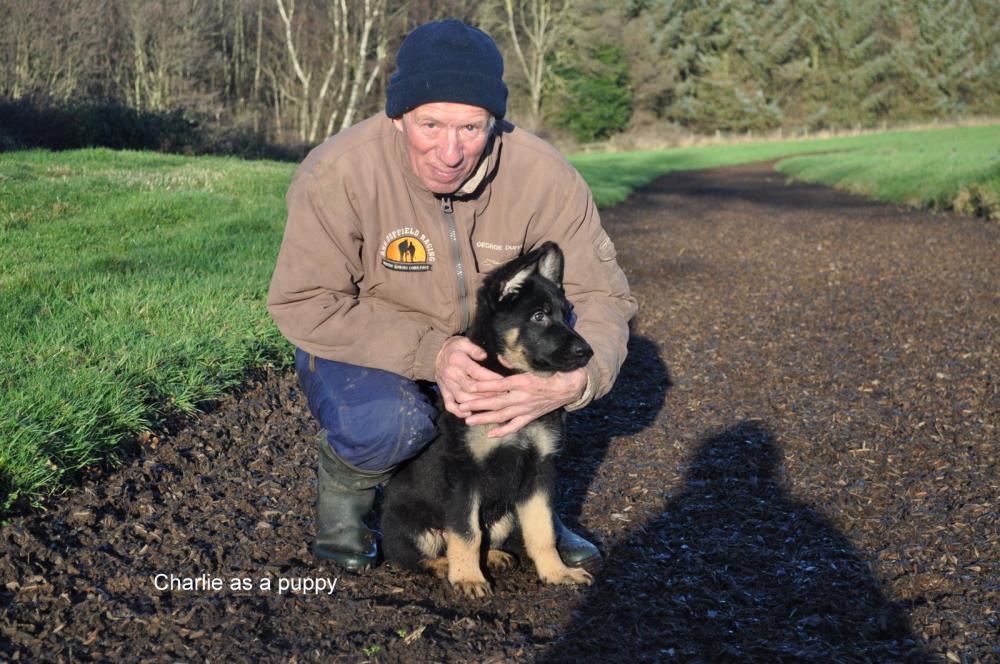 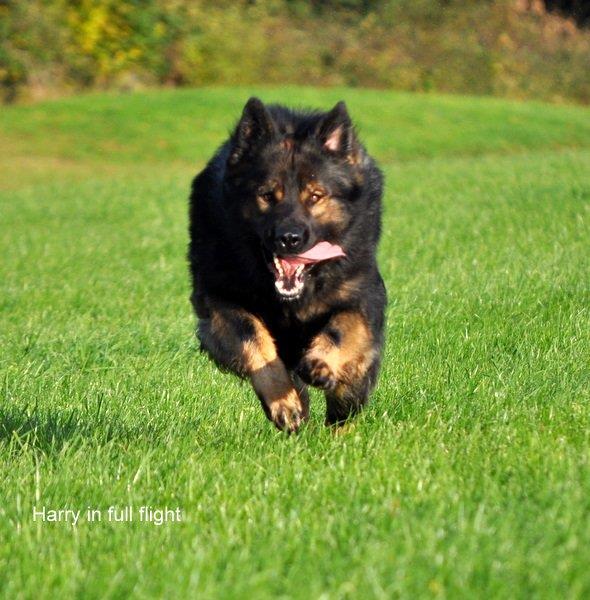 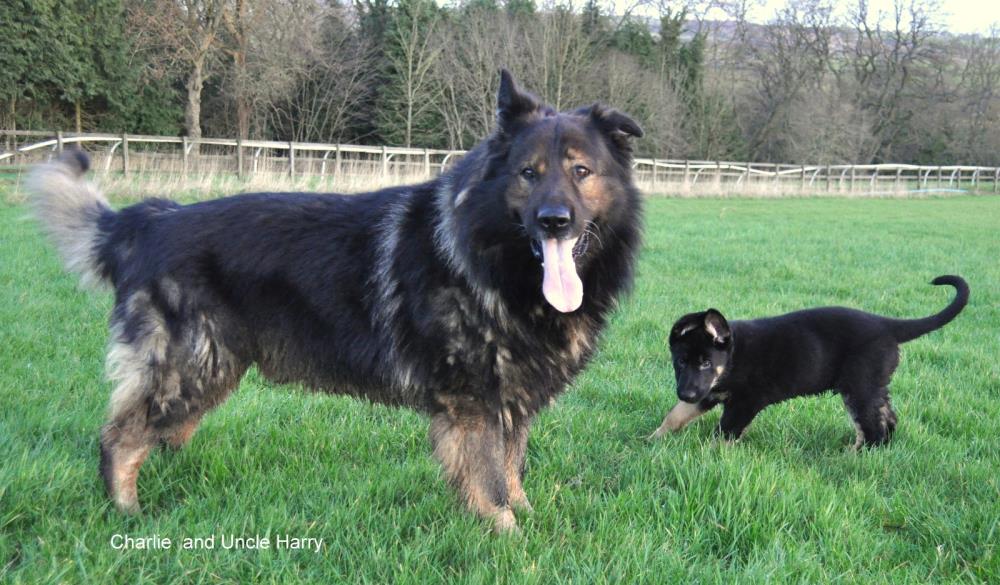 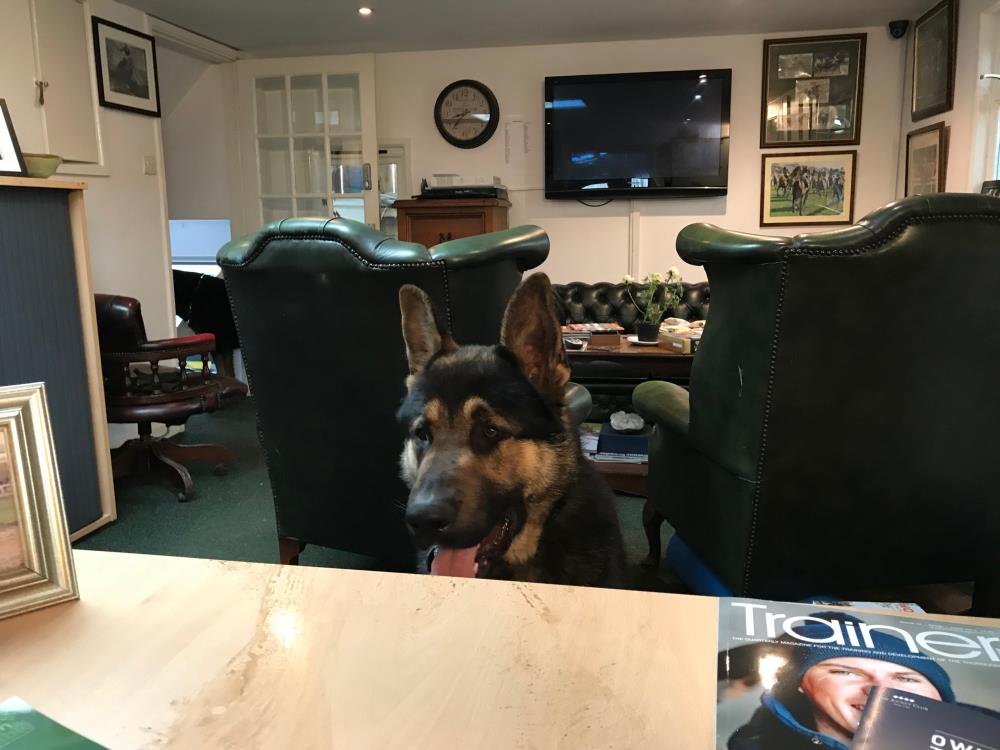 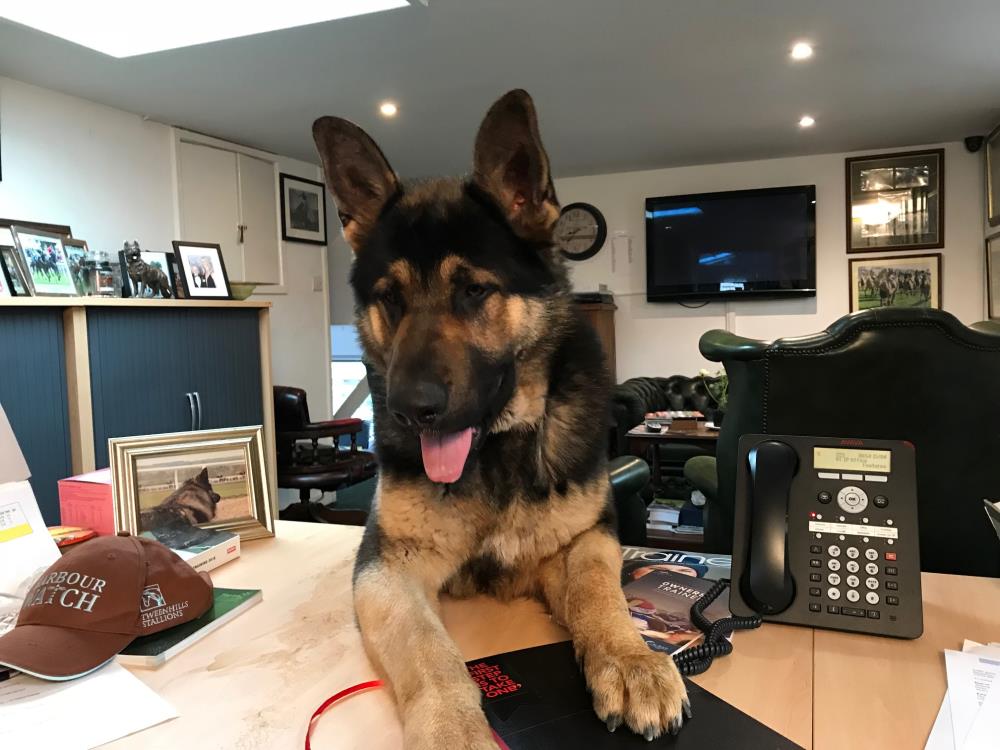