Some people are 'doers', givers, more concerned with the welfare of others than their own wellbeing. This is true of Jack Berry MBE, the racing legend easily identified by his trademark red shirt.

Jack started out in racing as a stable lad before progressing to jockey, eventually graduating to the training ranks, enjoying fantastic results - to condence his story a considerable amount. He has since garnered the respect of all in the industry for his tireless fundraising efforts, perhaps most notable his work for the Injured Jockey's Fund and the unbeliveable achievement - the construction of 'Jack Berry's House', a rehabilitation facility for jockeys and racing staff, located in the North of England. In fact, he had a strong hand in the creation of the southern based facility, Oaksey House, too. With the best will in the world, not everyone could've raised so much for charity as Jack has, you see, he has that 'it factor', that likeable quality that makes it impossible to say no when he asks if you'd like to buy a brick for fifty quid!

They say 'behind every good man is a good woman' and this could not be more true, for Mrs Jo Berry has always been - and still is - a serious grafter. Only last summer, Jack and Jo welcomed a young rider, 11 year old Jack Lander into their home over the school holidays, driving him from yard to yard to ride out, including Sun Hill, encouraging his aspirations to become a jockey and helping him in his quest. I was lucky enough to ride in a charity race for the IJF, organised by Mr Berry, and though this blog is certainly not about me, I couldn't pass up the opportunity to thank him again for the experience.

A good friend  and neighbour to Ann and George, it is only a couple of years since Jack and George could be found out and about every Saturday with the Bedale Hunt, burning up the field and displaying more bottle than their young counterparts. The video linked below is taken from an interview with Jack on 'Luck On Sunday', which gives you a little more insight into his life. I shant spoil the contents and I urge you to watch - enjoy...

The Duffields and The Berrys outside of Buckingham Palace 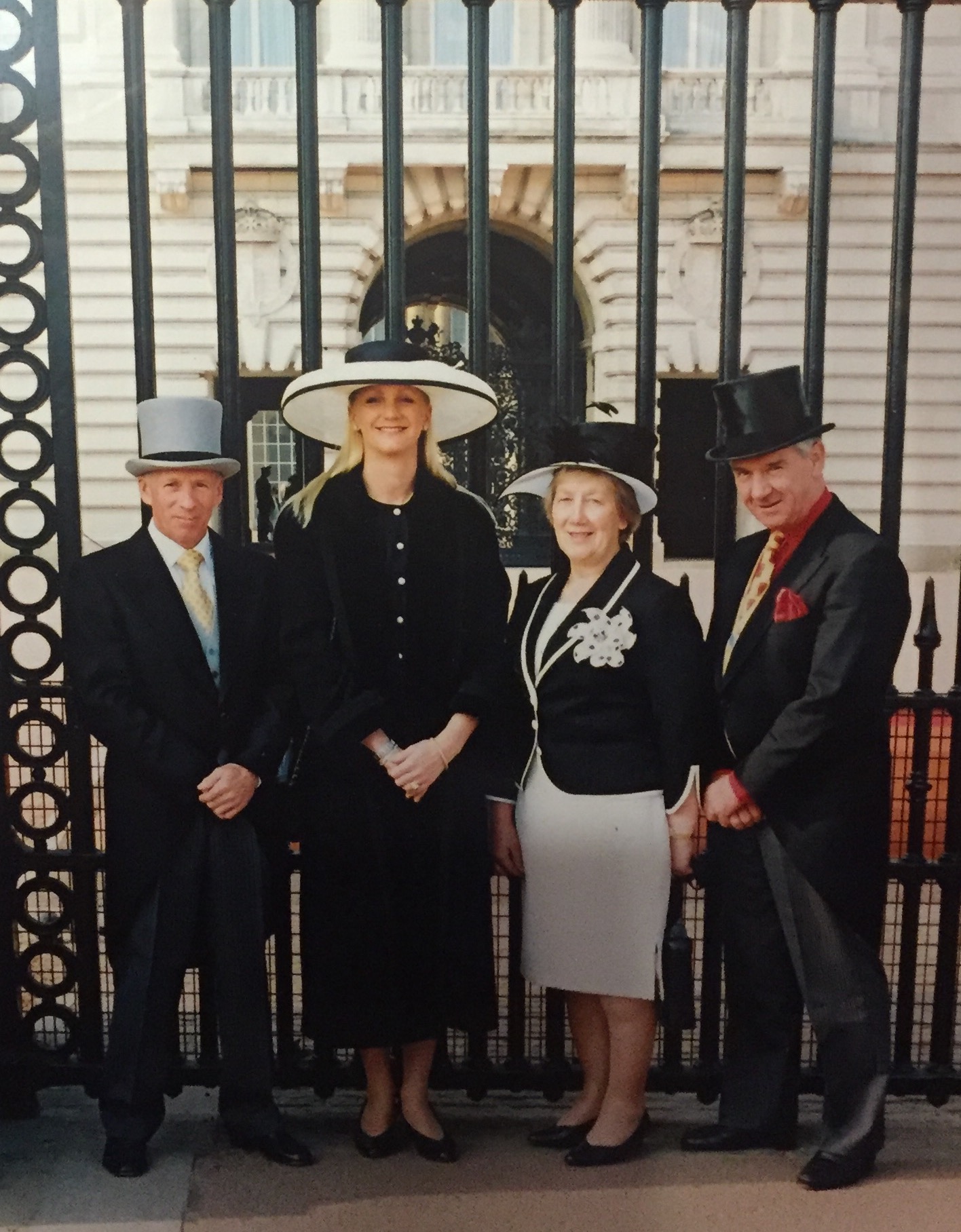