Re-Homing racehorses and a short fuse

What happens to our horses when racing is no longer an option has always been very important to us. A good education ensures that a well mannered, easy to ride horse is not only more likely to be able to win races, but it helps hugely when the time comes for a second career. They still require some re-schooling, but a good brain and education is a great starting point. A horse with no manners, no steering and poor discipline is not going to make a racehorse, in the same way that a badly bought up child will not make much of himself or herself. It is therefore, doubly important that a good job is made of breaking them in - in the first place.

Birrafun is  lovely filly, with great manners but she does have soundness issues and, having run her again at Newcastle yesterday when once again she travelled thoroughout the race like a winner, only to curl up under her jockey when push came to shove. When horses have problems it is only a matter of time before they simply won't go through with their efforts on the track, this filly has done well to win but now it is time to find a loving and kind home for her, she would also make a smashing broodmare having already won a race as a two year old.

The weather is playing havoc with some of the horses because they can't work out whether it is Winter, Autumn or Spring. The temperatures are so changeable it is not healthy for man or beast, hence so many people suffering from the dreaded lurgy.

On the yard we are awaiting some blood test results and have a busy week in store, the hay storage areas need steam cleaning and disinfecting before the next delivery of hay arrives from down South. Ian our friendly "gallop man" is due to start work here again next week, this time to fit some new drains, renew the paths which run both to the gallops and from it, with fibre sand, concrete inside the shed where the water treadmill and the wash off area are housed and plant at least forty odd large trees and shrubs. Ian has been working for me for over twenty five years (on three yards) and I don't think there has been a year when he hasn't arrived on at least two occasions with his diggers and big happy smile. We always look forward to seeing him.

In the house George and I managed to put the Christmas tree up although at one point the tree had George pinned to the wall, I was laughing so much I couldn't help him get out as he was trapped behind it having tried to get the collosal thing tighter into a corner. On the yard we might be missing some obvious Christmas decorations but Craig has ensured the tractor is suited and booted for the festivites. 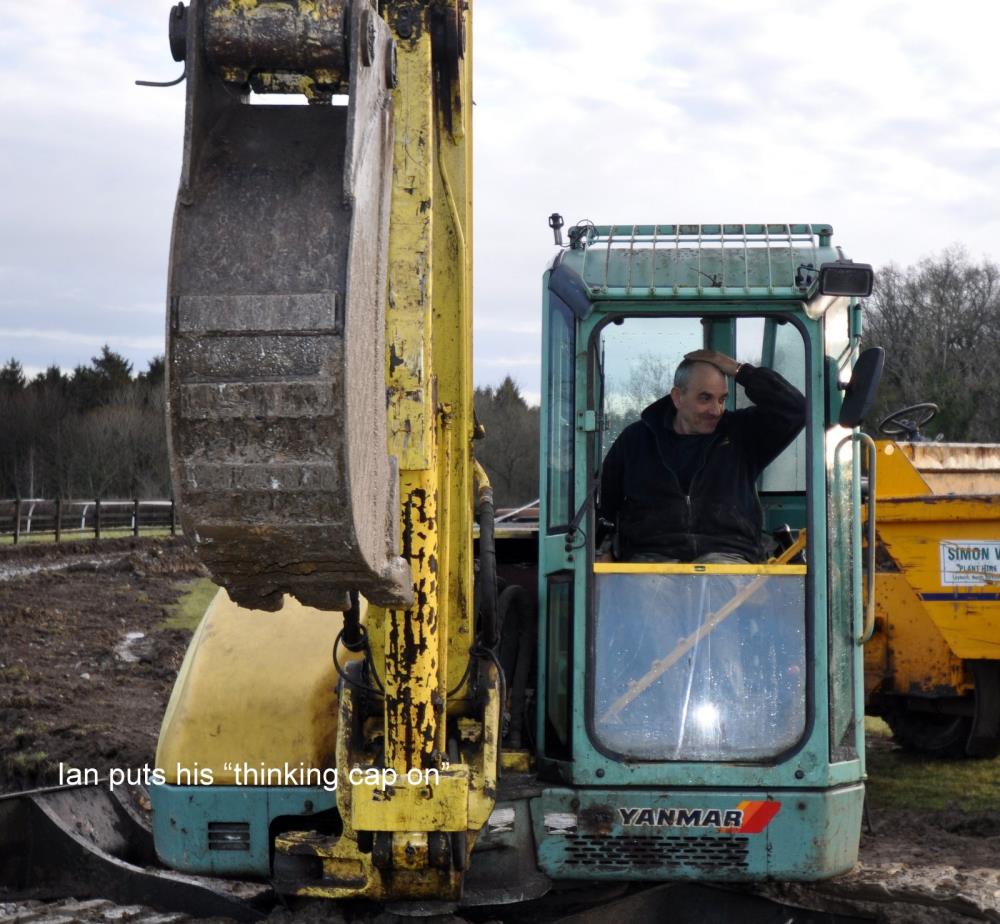 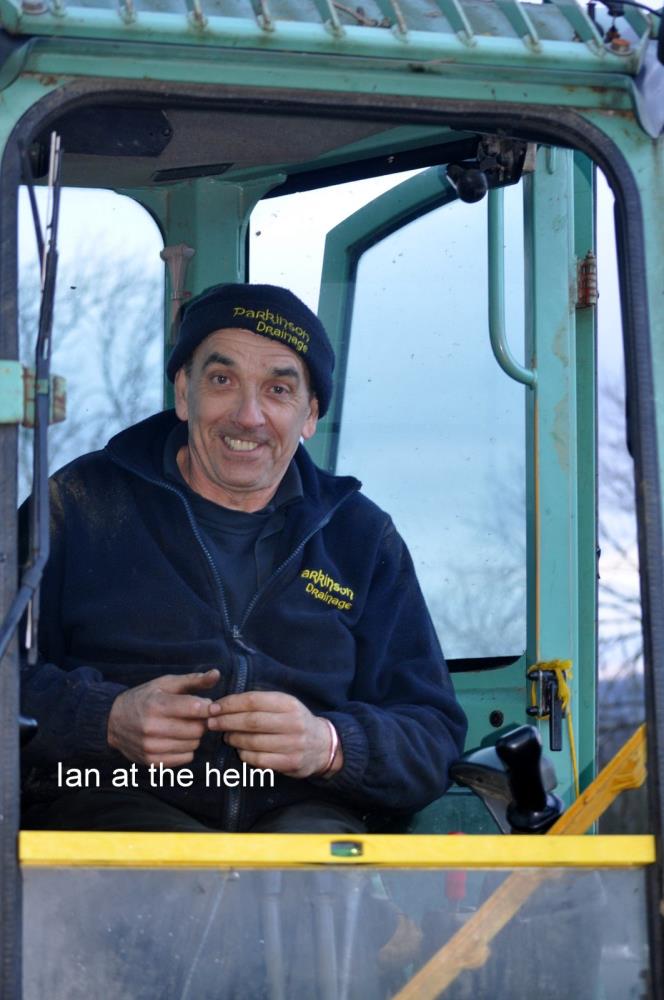 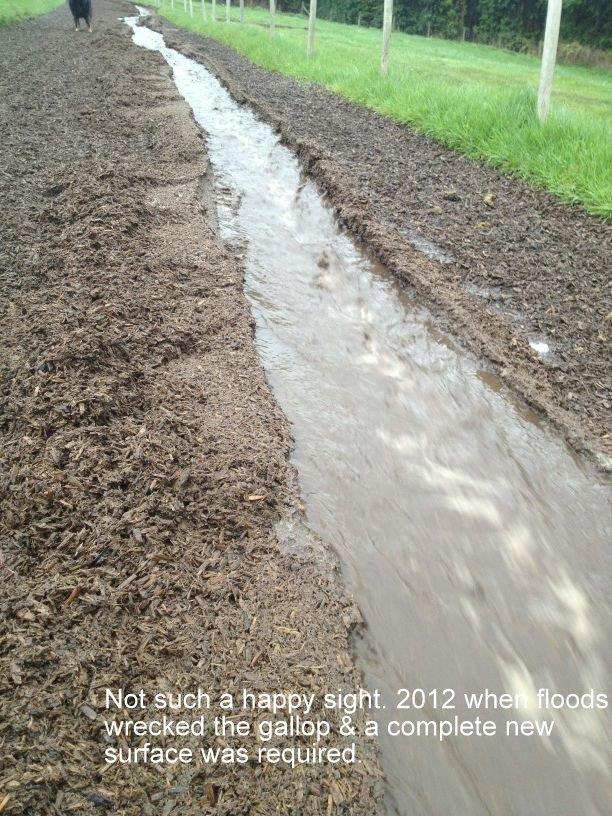 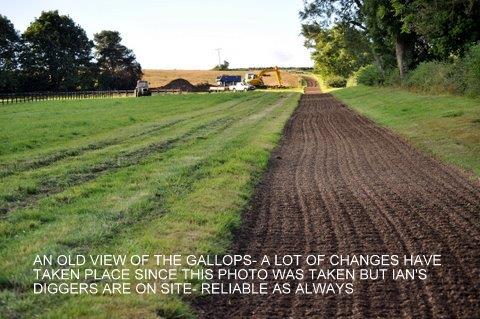 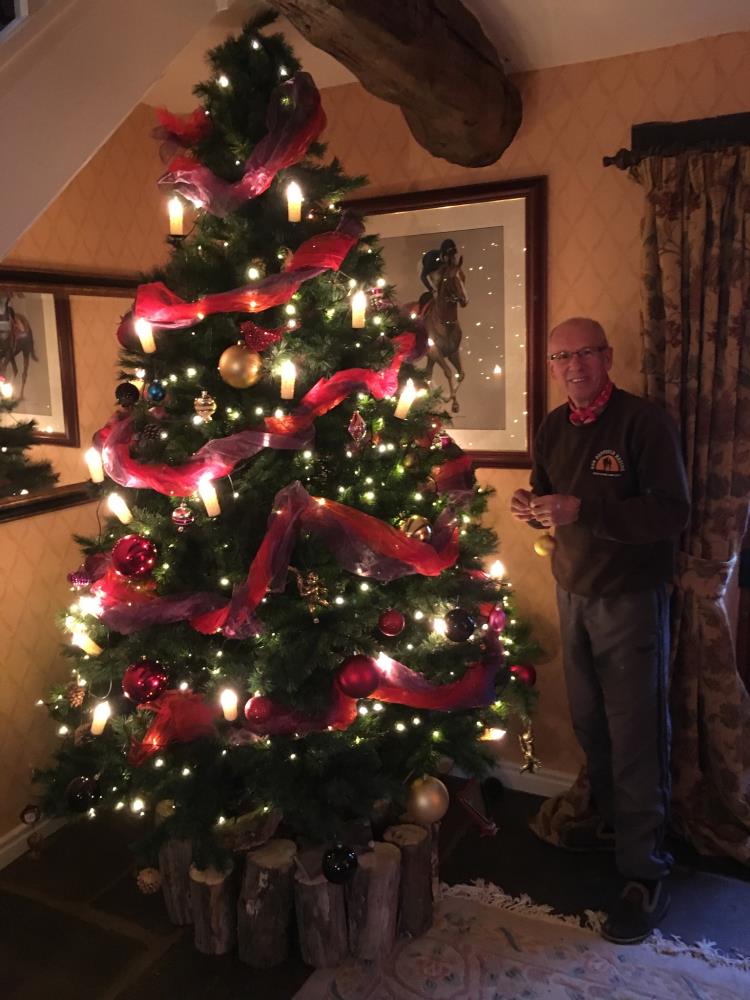 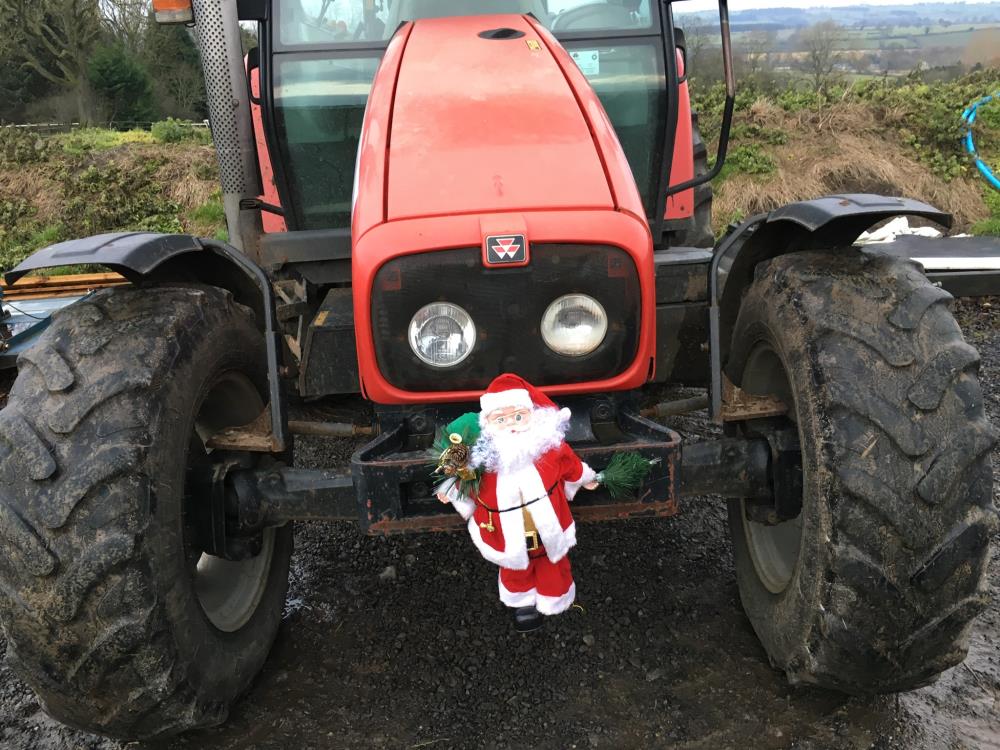