Graham Lee bared his soul to the racing world yesterday when admitting his recent stint off the track was not, as he and his agent Richard Hale had claimed- due to a virus. The crippling depression which had sent Graham to the darkest of dark places had nearly claimed one of our finest jockeys, as his mental state worsened to the point where he "hated racing" . You don't need to be the brains of Britain to realise that actually, next to his family racing is, was and will be again, the be all and end all of his life and the world upon which his entire identity rests (although therein lies another but less immediate problem).

The rumours that Graham might not be as straight as all jockeys "need" and indeed "should" be, had surfaced early in the year and this undoubtedly tipped this ultra professional, highly focussed, very determined and ultimately honest man of great integrity over the edge. You can't blame him either. Here he was going about his business working inredibly hard, driving thousands of miles on Britains largely appalling roads, watching every morsal he puts into his half starved body, training like an olympian (he is in the gym daily) and some prat talking through his (empty) pockets starts a rumour that might well have led to even more serious and devastating consequences- but more on that another time.

'Luckily' Graham's mother recognized what might be going on in her son's head and sounded the alarm; luckily Graham listened; luckily he found the right help at the right time and luckily he was able to summon all that single minded determination which made him a great jockey in the first place and used it to drive him through this bloody awful time and out the other side. No doubt he will be a stronger, better person for it and crucially he will be able to recognize the symptoms in case they start to creep back into his otherwise happy life. Equally he will be in a position to spot it in others before it smothers them in its dark and gloomy treacle too.

I know all about depression because my own mother suffered from it, a hugely competant woman with a very stressful business which, in the end got to her along with debilitating health problems. Her first attempt to take take her own life happened when I was eighteen and prior to that we had no idea what was wrong with her - hence I took over the family business at such a young age. Ten years later - and some twenty five years ago, she did the job properly.

So, when George started to show the same symptoms many years ago, soon after he retired from race riding, I instantly knew what it was but getting through to him was another matter. His weight plummeted to six and a half stone while he sat in a dark room all day and most of the night barely communicating for months on end. In George's case his retirement from the saddle and sudden lack of identity triggered his condition and the time he had on his hands created the space and opportunity for him to start thinking about those people in his life who had not exactly been honorouble, loyal or even plain decent in some of their dealings with him.

When he was riding he didn't have the time to think about such things, or even care about them but suddenly he had time, largley perhaps because his transition from jockey to retired husband of a trainer/ assitant/ leisurely gardner was not constructive enough to fill the gaps. He was the jockey, and a hugely successful and well respected one at that, I was his wife who trained and owned the business, he rode out for me when time allowed, so when he retired he felt he lived in 'no mans land' with no proper job to do while life went on around him. It was not for the want of trying however, the more I tried to cajole him into becoming more invoved, the less he wanted to.

Thankfully he made a full recovery and plays a very big part in what goes on at Sun Hill, Graham Lee will make a similar and full recovery and, when his time comes to retire he will be better placed to deal with the transition. In the meantime Graham will establish new links with trainers, he will ride at the top of his game again and enjoy it, hopefully that will include booting some more of our horses home too. When he made the switch from the jumps he spent many hours talking to George about riding on the flat, practically every day he phoned George when he was on his way to ride on a track for the first time as a flat jockey to ask how George would  ride that particular track. Graham rode many winners for us back then including winning a Listed race on board "Willie the Whipper" but he was soon so popular that that we could hardly get him, his loyalty to Jim Goldie stood in the way of many winners we had wanted him to ride. Ironic isn't it? 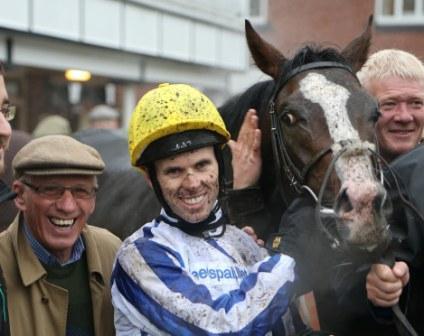 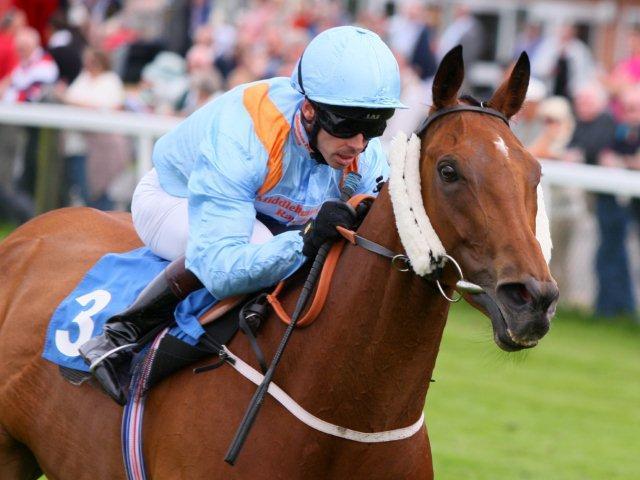 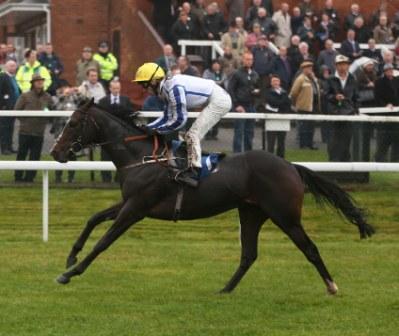