Monday morning and back to the grind. Today saw Anna and Allen return to work after taking a week of much needed annual leave - it was nice to have my pal back in the office with me, but whether she felt the same about leaving her ponies and coming back to work, I don't know! Those of you who have called the office or indeed had any interaction with Anna will know that she is a quiet, polite and reserved character, the Ying to Allen's Yang, but we often joke that she has a wild, raucous side that she saves for home and husband - a theory much encouraged by Allen! Allen came back with a hugely swollen and bruised ankle having gone over on it during a weekend stroll with the family. Seeing Al take a tumble amused Anna immensley, as, apparantely, his ankle often collapses causing him to hit the deck. Having seen the black and blue ankle she spent the rest of the weekend, and most of today, feeling very guilty that she chose to point and laugh rather than play the doting wife! Guilt didn't stop her revealing to me that his problem started 'way before her time', when Allen was fond of a platformed shoe... Funky footwear and a curbed footpath resulted in a broken ankle that is still causing bother to this day. Luckily, it didn't stop him riding out, I doubt he'd be happy if Anna had to ride his horses and he had to work in the office!

The weather has been over-cast for about a week and verging on the chilly side at times, but the sun was back today and the warmer weather welcomed. We've had a quiet couple of days without runners but tomorrow we have two fillies running at Thirsk, Cuppacoco and Symphonic. I believe all of the owners are going so I wish them a successful and enjoyable afternoon. 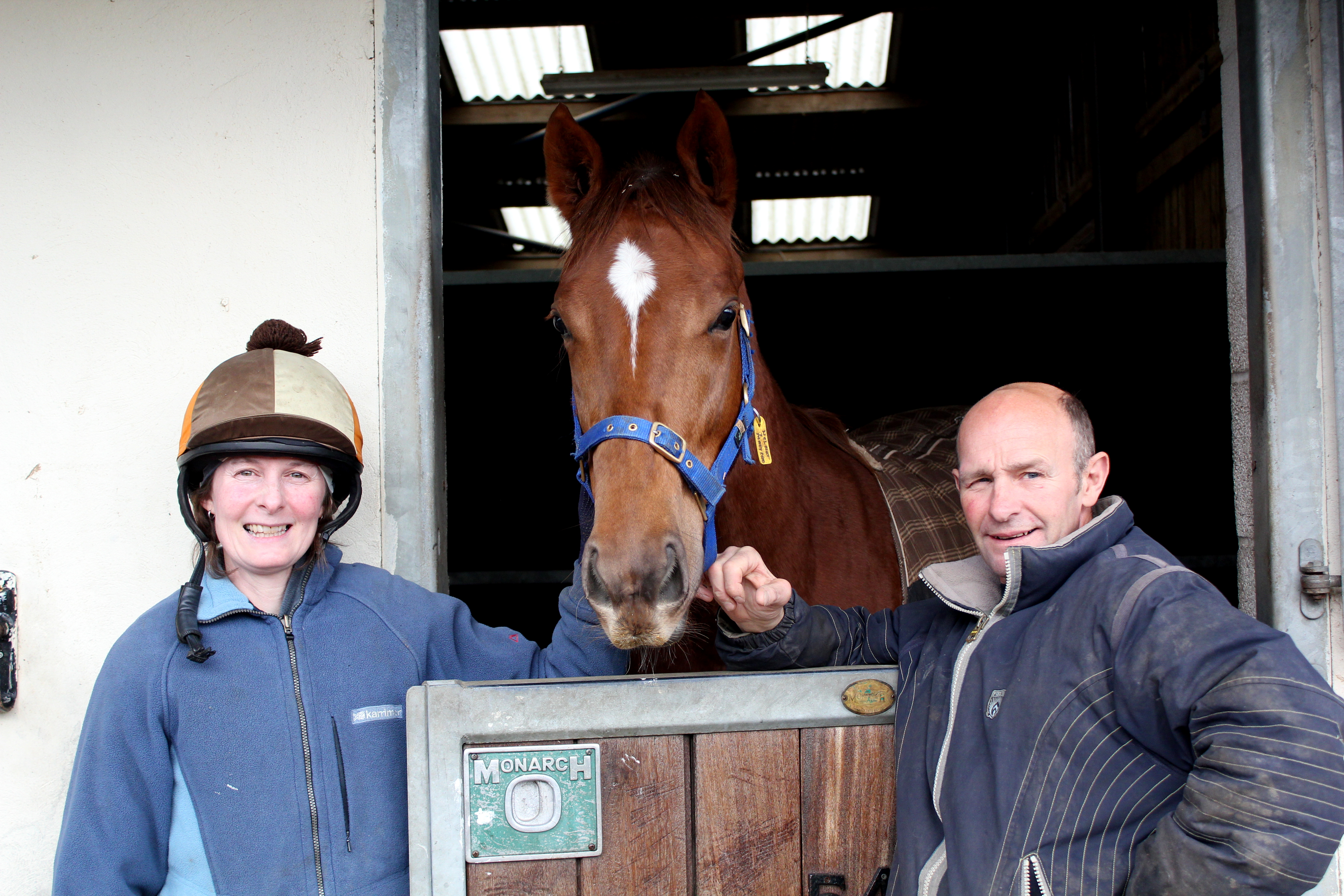