The sabbath. A day of rest. Really?

If Sunday is supposed to be a “day of rest” then no one ever told the folk who work in racing. One day runs into another in super quick fashion ensuring the weeks, months and years merge just as quickly. Or so it seems. Sundays out of season don’t require us to turn horses out for races so you could be fooled into thinking that makes for an easy, quiet day.

The reality of course is very different. This is indeed our ‘quiet time’ so staff get a lie in and start at the later time of 7am. But, after a lifetime of rising early the (old) body clock refuses to alter and the clock hands remain at a strictly 5am wake up time, even when the cuckoo is turned off. The frustration can be palpable when a lie in is both needed and timely because the body clock refuses to change its old habits.

The easiest thing to do is to give in, get up and carry on from the day before. The good thing is the office is deadly quiet so extra work can be done under the flickering Christmas tree that has brightened up an otherwise dull looking office in need of a makeover.

As the staff rolled in this morning the routine moves up a gear, mucking out, more mucking out, extra bedding where needed, a new shavings bed for a horse coming in today, water buckets emptied, scrubbed, refilled, as much hay as a horse can eat is dished out, the water treadmill gets fired up and several horses head off for a paddle. Some horses need clipping so the clippers start buzzing, the vets get a call that makes them think they are needed on an emergency when in fact all we wanted was a quick reminder of which locked cabinet the dope was put in last week, just in case any of the four legged darlings decide they really don't fancy a hair cut but do fancy a bit of kung fu in the direction of the person carrying the clippers.

As the walkers fill up the horses get carried away, each one competing with the next horse in the noise stakes. As one starts to let fly on the walkers the rest join in, it’s like a pack of cards except they are not falling over- just yet, but simply bouncing off the rubber lined walls. Some of them – especially the almost white / grey Troop manage to get rubber marks all over his head, he does it every Sunday. 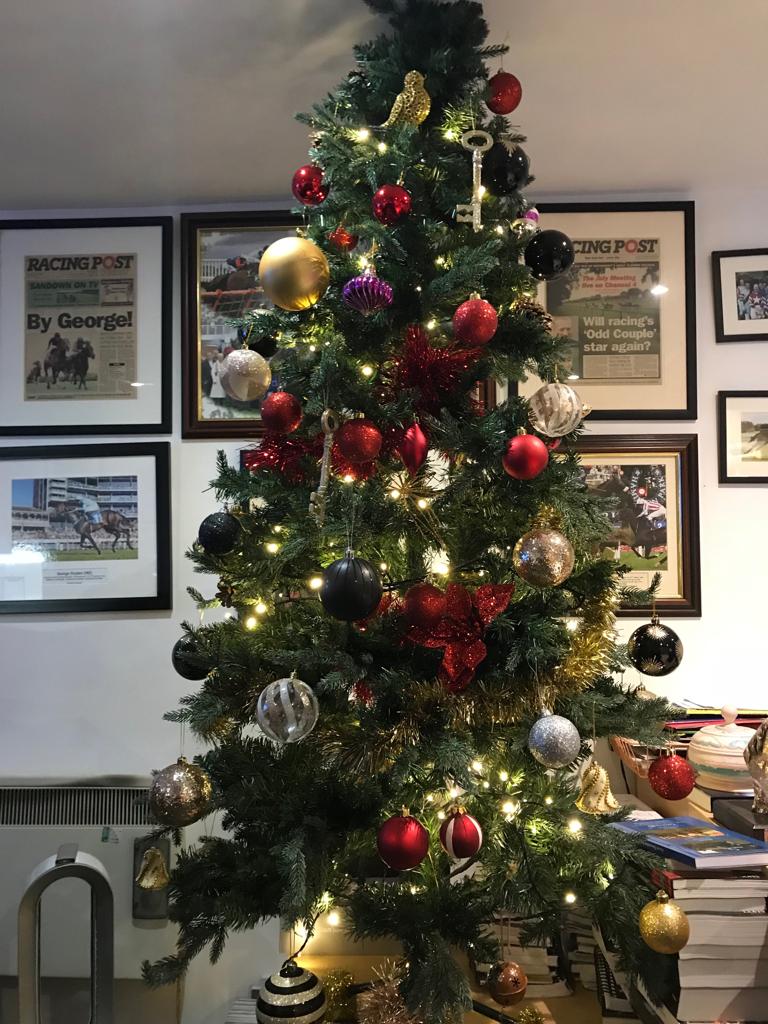