A loss to the training ranks

The Racing Post has come in for some criticism recently - too much coverage on betting, betting and more betting, a move away from reporting racing stories towards something many racing professional regard as gutter press type reporting, and last week their article on racing being ‘only a hobby’ was written despite the fact that thousands of people work in racing do so to make a living, with many trainers eking out a meagre one at best, those comments did not go down too well. It is a big shame our much loved trade paper has changed so much in recent times but it is now under new leadership so perhaps things will improve?

However, the death of fellow trainer Ken Slack was thoughtfully reported on in a very nice article (below) that sums Ken's life in racing up very well.

Interestingly Berni in our office also went to a funeral last week in her home town of Liverpool where the slot at the crematorium before the funeral she was attending was rammed with young people. Berni thought the deceased must have been a popular teacher or rugby player and being a bit nosy she looked his name up only to discover he was a major drug dealer who had died and these were his adoring fans. Some of the mourners were escorted back to the prison van in handcuffs having only been let out for the funeral! 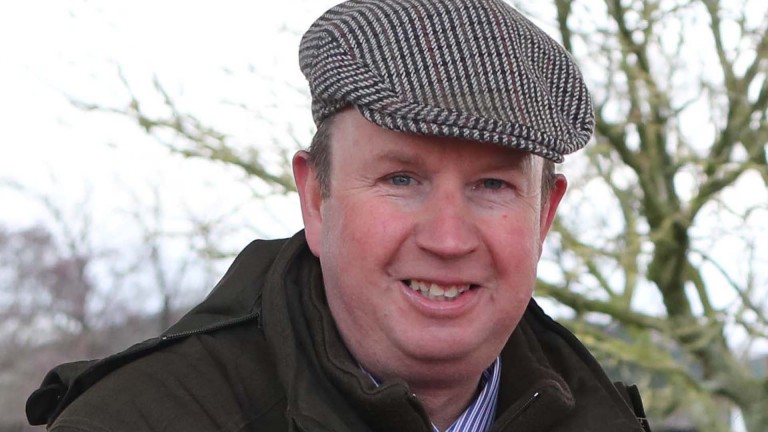 Ken Slack touched the lives of so many people that St Lawrence's Church in Appleby was packed to full capacity on Friday as hundreds came to pay their respects to the popular Cumbrian trainer, who died last month aged 51.

Members of the racing community joined those in farming and from the harness racing scene for a service attended by 500 inside the church and another 40 or so outside in the cold.

Tributes were paid to the livestock farmer-turned-trainer with a fearsome reputation for sticking it to the bookmakers. Thomas Armstrong, the husband of Slack's niece Joanna, read the eulogy and recalled a fighting spirit in evidence from a very early age.

"Ken beat the odds at 18 months old, when he fought cancer for the first time," he said. "As he got older he enjoyed farming and was always keen to try new things, which led him down many different paths, making friends from all walks of life.

"Horses were always destined to play a major role in his life and he was finally encouraged to start a career as a public trainer in 2015. In his first season he sent out 23 winners from just 69 runners for an unheard of 33 per cent strike-rate.

"When one of the pundits on a racing channel described him as 'deadly in a race like this' at Sedgefield, he thought it was hilarious. Ken loved a gamble and collecting money from the bookies.

"He would drive away from busy meetings at Cartmel with the windows down and The Gambler by Kenny Rogers on full blast, with his daughter Anna trying to hide in the back."