Pulling on the heart strings

On Saturday we sent out three older horses to 'test' the gallop, having fallen victim to the heavy snow for most of the week. George led on Mimics Memory with James and Allen on Uncle Charlie and Highly Focussed, I had attempted to walk up the gallop first, forgetting how hard it is to trudge through heavy snow uphill. Having reached the dyke it was time to switch to the yards Bentley and put its four wheel drive, agricultural ability to the test. The first few furlongs were not too bad, manageable for the horses at a steady canter but, as the final steep hill loomed, it was pretty obvious that the snow had drifted on to this wide open space and the Bentley came crashing to a halt in several feet of snow.

By now, I needed to warn George and the lads of what lay ahead so, racing down the grass gallop as fast as the little green “John Deere Bentley” could manage I tried to reach them before they had started on their trek up the ‘not so all weather- all weather’ when I was confronted by them appearing like ghosts out of the mist and heavy snowfall. Quickly jumping out of the Bentley waving arms and yelling “DEEP SNOW”” DEEP SNOW”over and over only for George to canter past with a grin like a Cheshire cat shouting, “Snows fine, Snows fine……..”

Of course it was only a matter of time before all three of them would be hitting the proverbial brick wall, while I watched helplessly. It was hilarious in the end as they ground to a halt and the horses walked like Germans doing the goose step up the final hill through the snow while George, James and Allen laughed their heads off.

Sunday threw even more snow at us and his mornings thaw was barely noticeable although by this afternoon we could see green paddocks under water and our plumbers spent all day fixing burst pipes. Poor Gorse had to move house as his box was under water this morning, and he almost needed armbands but we did manage to get two lots out this morning including tomorrow’s runner whose race looks ideal but she has missed some work.

Hilary J's sister has settled in nicely. She has been named Heartstring - a name with a huge amount of meaning to the breeder - and she will be available for lease soon. There is a lot of emotion behind this filly and its all in her name, all will be revealed very soon but suffice to say she is a real cracker 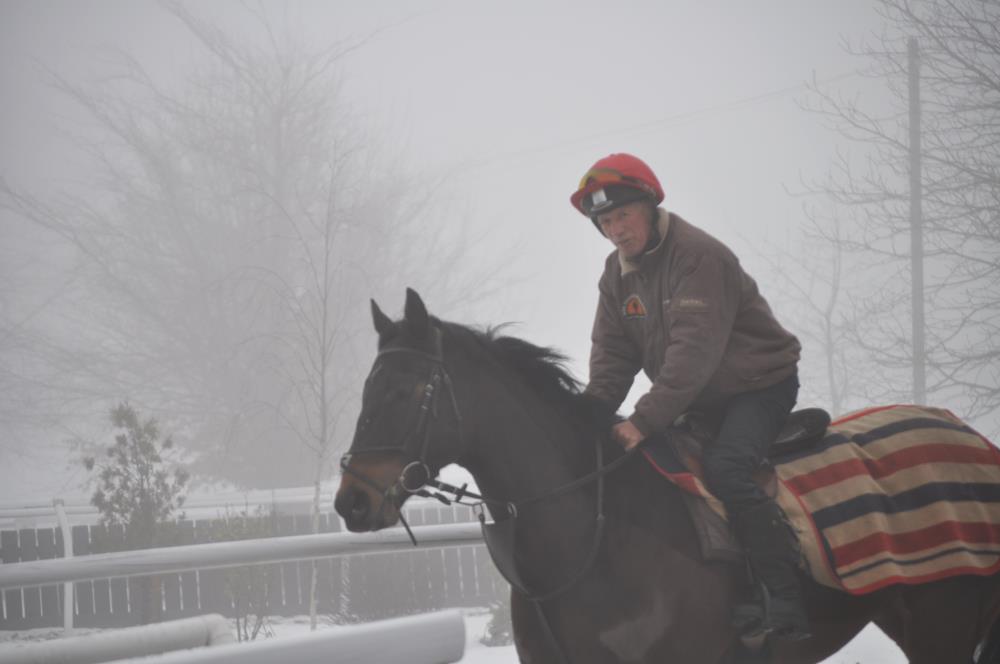 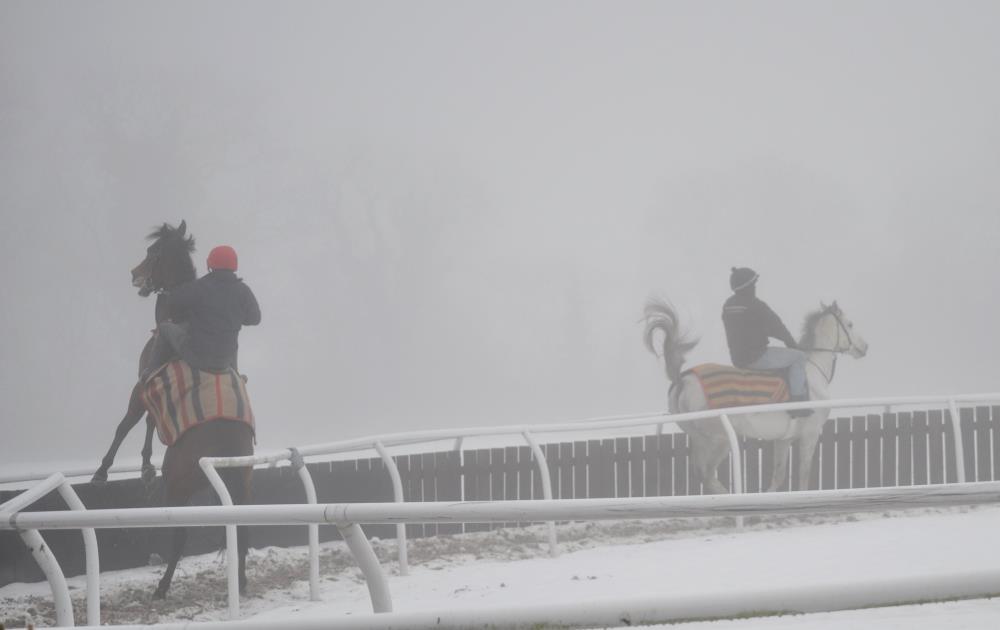 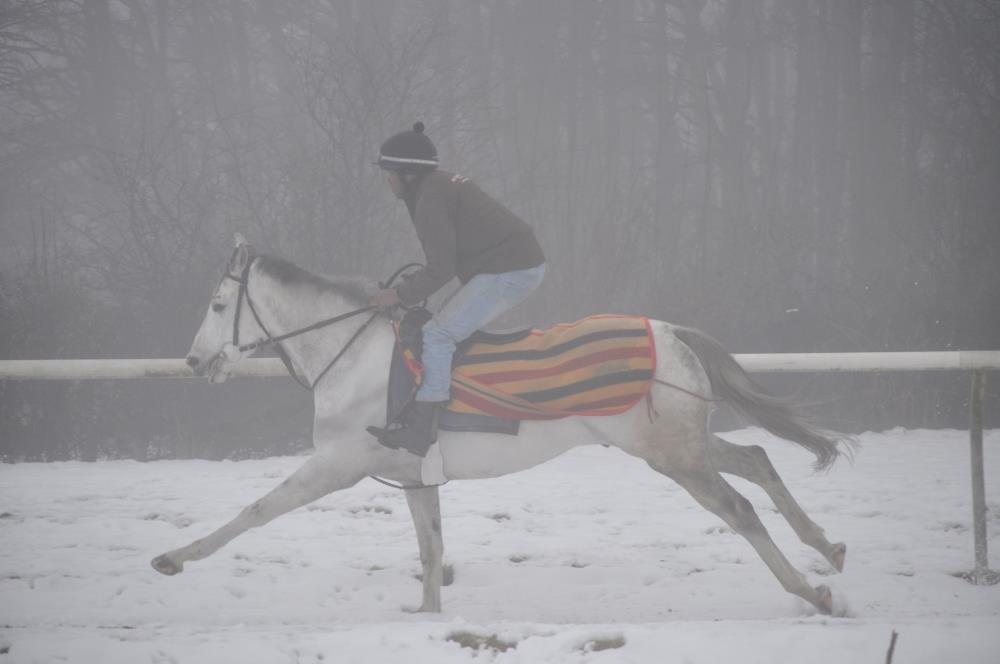