AJ - and every mothers nightmare

A trainers life is never an easy one, it can be stressful- very at times, it is a life fraught with concerns about the horses, have we bought the right ones, have we paid too much, did we pay enough, are they talented, do they want to race, will they stay sound, are they trainable, are they likely to progress, are they genuine, tough and resilient?.  You worry about their general wellbeing, their form, about the staff who look after them, are they following orders out correctly when your not around to check, are they being as observant as they need to be, are the owners happy- are they paying their bills?. The list is endless. Personally I worry as little as I can about the things I cannot change and never about the things I can change because I just get on and change those. Last night however, it was a different story because I did worry, a lot. I could not change the situation and I wasn't there to see it. Thankfully, it was all right on the night.

AJ started boxing training a couple of years ago, his granddad - my dad, was a good boxer and utterely fearless he was a decent footballer too and played for Liverpool reserves as a very young man, war broke out when he was looking like moving up to the top table and that was the end of that, so he started boxing in, and for the army. AJ's first three arranged fights amounted to nothing when his opponents failed to show up but last nights fight staged in Reading was a different matter. I was banned from attending as most mums are, and frankly I coudln't stand the idea of seeing my only son in a boxing ring either, however good he is reputed to be. But George and Parkie embarked on the five hour journey, and what a night it turned out to be. My oldest and dearest frind "Fiona" and her better half "Tim" went along and the four of them had a ball.

AJ's opponent was as strong as an oxx and as fit as AJ but, according to George the writing was on the wall when AJ landed a superb punch to the poor lads head in the first round, by round three the fight was called off when the referee decided the other fighter could take no more. AJ had won.

At home the morning went by in a bit of a haze due to lack of sleep but Nancy's amazing breakfast was very welcome. The horses who worked, went nicely but my planned stalls session was postponed after we ran out of time thanks to being four jockeys short, George was home at lunchtime with a bad head and hoarse voice. "The Champ" is home tomorrow and I sincerely hope he doesn't want to do it all again,  training racehorses is so much easier than being mum to a boxer.

AJ (in Red) and his redoubtable Right Hook. Below "Red Charmer" is as fresh as paint after his recent back to back victories, the long striding  flying grey - "My Amigo"  looks fabulous and "Silhuette" gets ready to warm up for work. 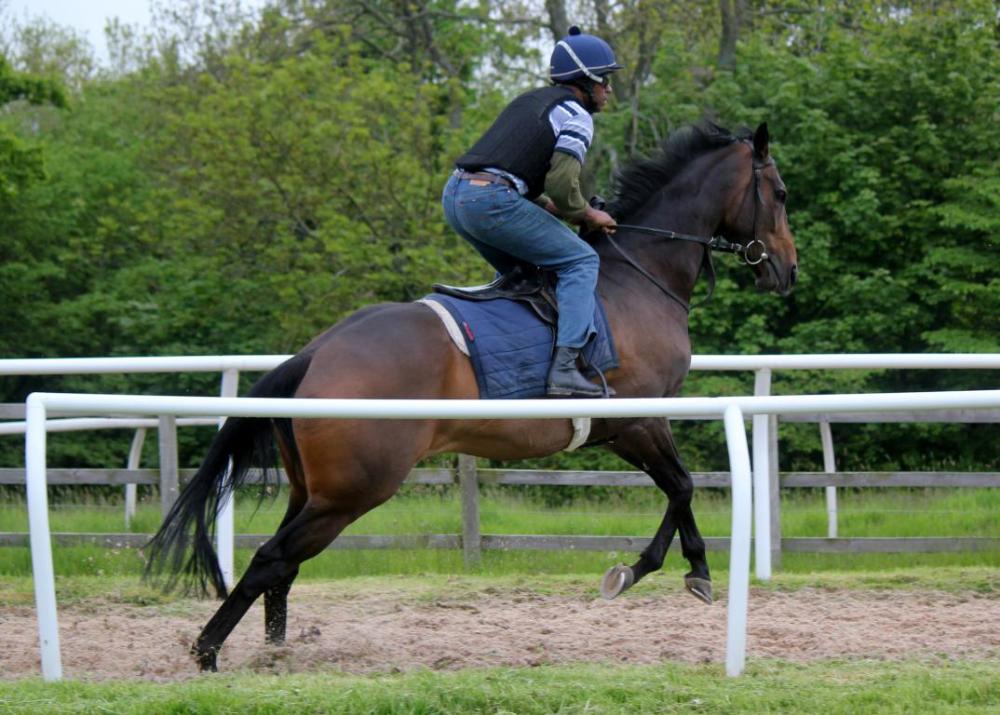 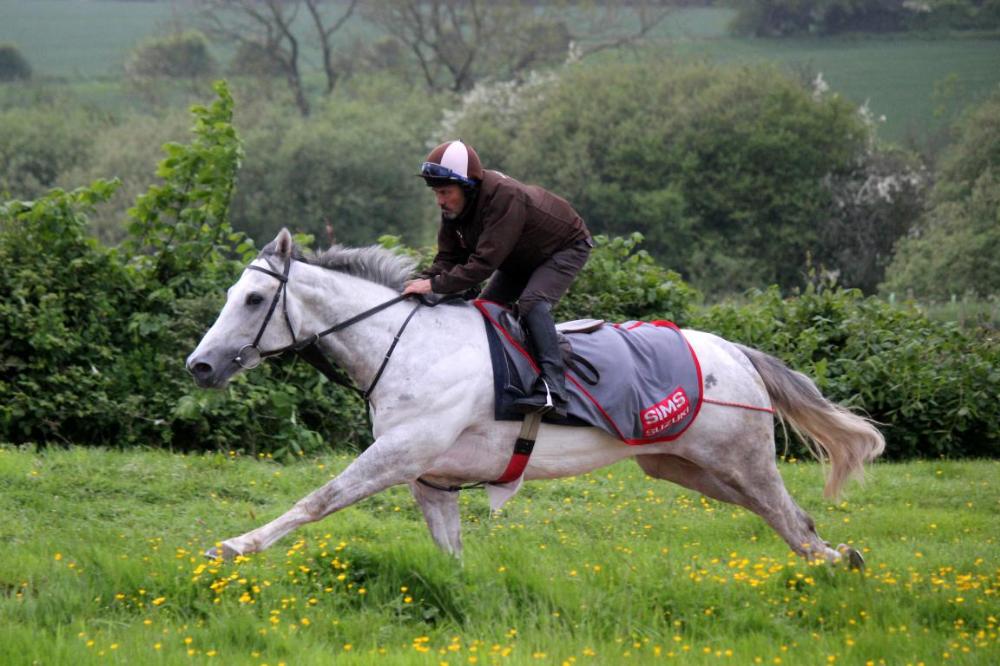 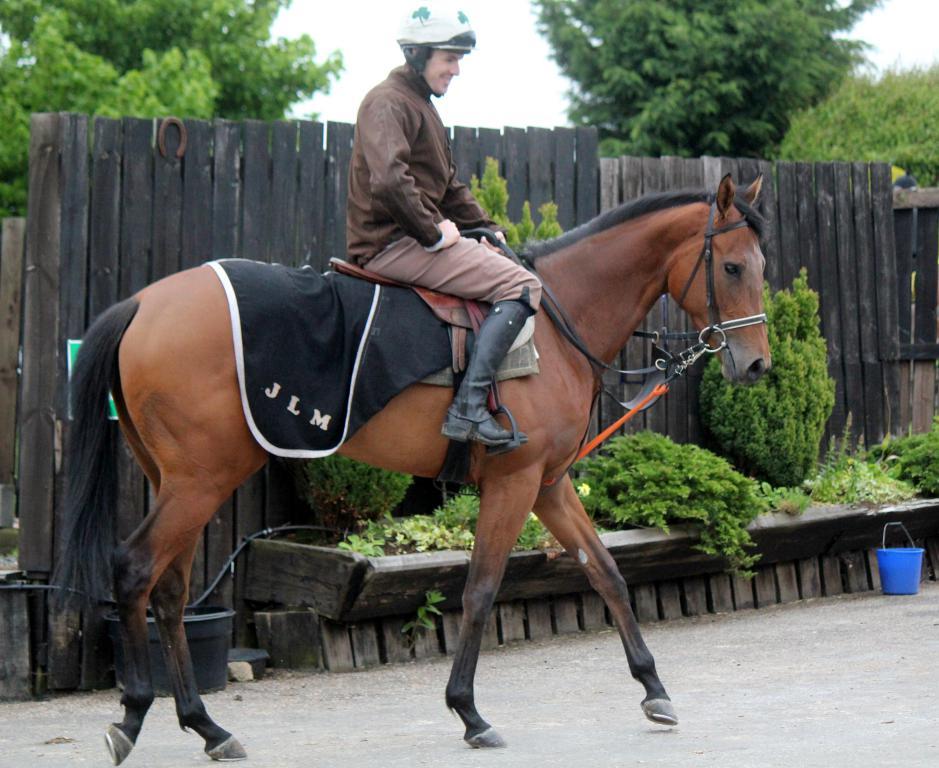