Arena Racing Company (ARC) have, as our trade paper put it “performed a U-turn”. We thought we might be seeing a return to the bad old days where trainers and owners were racing for a meagre pittance while the racecourses enjoyed the fruits of our labours via media rights and so on. It would have been a terrible tragedy of Greek proportions because so much ground has been gained and so many improvements made in recent years from a collective group of horsemen with one common aim. To “increase prize money” and therefore increase the viability, attractiveness and fairness of our sport from the grass roots up in respect of price money and ultimately by doing the right thing, everyone including the bookmakers would, and will flourish- eventually.

Apparently it was “an experiment” that will ‘not’ they assured the worried watchers be repeated. Basically in layman’s terms the BHA made a fund available to boost prize money but the extra cash can only be unlocked providing the racecourses put in a certain amount of their own money. By ARC deciding not to put in £900 to prize money, the extra funding of £1600.00 put up by the BHA would not be paid thereby reducing the value of the race considerably.

Arc racing director Jon Pullin commented: "We initially took the decision not to 'unlock' a handful of races to develop a better understanding of the impact of prize-money on field sizes”.

It was an interesting idea but I would have imagined Mr Pullin might remember the impact such appalling low prize money had on British racing in the past and the strength of feeling owners, trainers, breeders and jockeys had against racecourses who persistently took the mickey by paying dire prize money.

The more cynical observer might be concerned that this could be the “tip of iceberg” and that more of these lower prize money races would follow, and after that, more and more of them would creep in the calendar. Perhaps I am being mean spirited, but suffice to say we are delighted ARC saw sense because the harsh reality of what they were experimenting with would have damaged racing and, as they saw by the small number of declarations (which would have reduced the amount of media rights the track recieves) and in the process damage ARC’s own finances first and foremost.

Well done ARC for rescuing the day before the storms got worse. 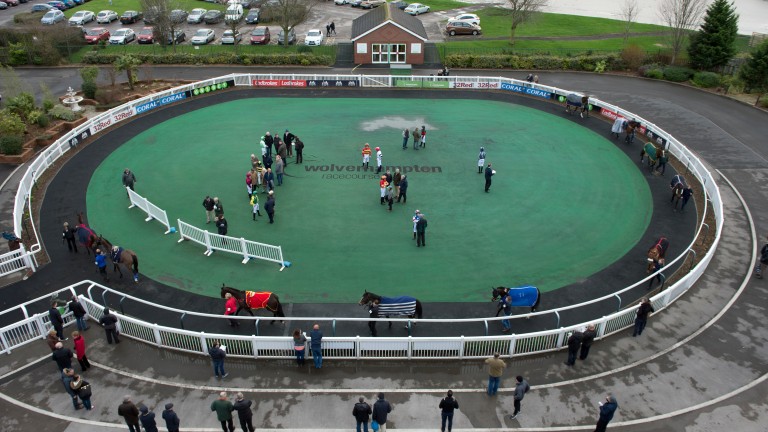 Arena Racing Company has performed a U-turn after agreeing to invest extra prize-money into a handful of races left short of the amount required to qualify for a funding boost after the first event drew a small field.

In the latest programme book the racecourse operator put only the minimum amount into ten Class 4, 5 and 6 races – six at Wolverhampton, two at Southwell and two at Sedgefield – when an additional £900 would have unlocked £1,600 in incentive and appearance money payments from a central pool.

The first of the ten races at Wolverhampton on Thursday, a 1m11/2f Class 6 handicap, was advertised with a purse of £3,500 but when it attracted only five declarations, after it was reopened, Arc announced it was abandoning the experiment.

Arc racing director Jon Pullin said: "We initially took the decision not to 'unlock' a handful of races to develop a better understanding of the impact of prize-money on field sizes.

"It is accepted this was not about money but helping to explore the impact of prize-money on field sizes. However, we have had feedback from trainers and owners and have decided to now put in the additional funds to unlock [the funding]."

The change of heart did not come in time to increase the prize for Thursday's race at Wolverhampton, which could have been worth £6,000 under the three-year prize-money package designed to bolster the grassroots of the sport, agreed between stakeholders and announced at the start of the year. The next race on Arc's list of ten contests is also at Wolverhampton, on Monday.

BHA head of racing Paul Johnson said: "It was agreed when the appearance money scheme began that a key element was that racecourses would have to contribute their own funds in order to unlock central funding, but that this was not obligatory.

"We have been pleased with the uptake of the scheme in the first two programme books in which 97 per cent of eligible races have unlocked, or are scheduled to unlock, extra funding.

"It’s also worth noting that there is nothing to stop courses increasing prize-money subsequent to the publication of the programme book, or even the racing calendar for that matter."