This morning went well and without a glitch for all of us, with the exception of one chicken who met with an untimely end. My priority of course is racehorses and I admit to being more concerned with who weighed what this morning after yesterdays away day at Southwell and, if all the boys and girls had nice cold legs, trotted up soundly and had licked their feed mangers clean.

Thankfully, the weights were pretty much as expected although one filly might not have tried "too hard" because she only lost one kilo, the feed mangers were all clean, legs were cold and were colder still after they all had a session on the water treadmill, all the horses trotted up soundly and look excellent.  The work at home was stepped up a bit more for many of the remaining horses and there were plenty of owners in attendance to enjoy the morning and devour a cooked breakfast which, in the absence of "Nancy" meant they had to partly cook it themselves.

For me personally, another year has passed very quickly, in fact the previous 52 years seem to have gone by in a flash, so much so, that I think it is time to let the clock roll backwards instead of forwards. It's hard for trainers to conceal their age when the Racing Post displays the birthdays and ages of racing folk in black ink, usually on, or around page 15. I am in good company however with trainers "Barry Hills", "Peter Chapple-Hyam" and bloodstock agent "Tom Malone" all sharing the same birthday and I imagine we are all of similar character. Straight talking, no nonsense, totally unable to tolerate fools and perhaps a "little bit" hot tempered - at times.

It is possible, of course, to conceal our ages as one "trainer" did by writing over his date of birth in the old fashioned passports (in the days before these fancy new plastic coated things), knocking several years off his age in an attempt to conceal his real age from his 'much younger', new wife. She never did discover his real age but eventually it transpired that the mans "twin sister" was several years older than he was. Priceless.

The picture below is my favourite. George, AJ and me on my 50th. 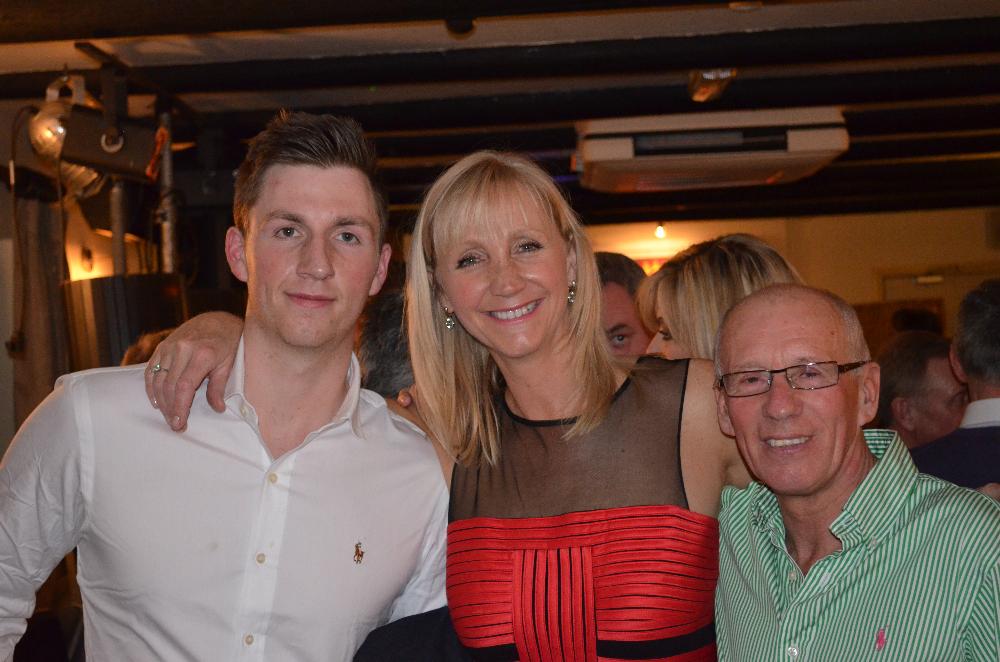