We’ve had a serious amount of rain these past few days as shown in the video doing the rounds on facebook, the chap in the bike race doing a somersault into a rather large puddle and looking somewhat suprised! We have water standing everywhere and it’s not showing signs of easing off just yet. Better get on amazon and order some flippers for work morning tomorrow...

A cracking effort from Troop on Wednesday night in finishing a close third at Newcastle. This opens doors for him over the winter as we now know for sure that he handles the Tapeta surface. He had sinus issues in the past, which (touch wood) seem to be behind him now and we’re looking forward to a fruitful winter campaign. He's spent the past couple of mornings in the field, chilling out after his run, along with some of his pals. The rain doesn't bother them of course!

We have two runners at Ripon tomorrow, both lining up in the 1.55pm at Ripon, two-year-old colts Quercus and Clotherholme. Best of luck to connections!

George, Ann, Derek and Sandra Shewring, Lee and Julie Patterson, with Troop and Pradeep in the parade ring. 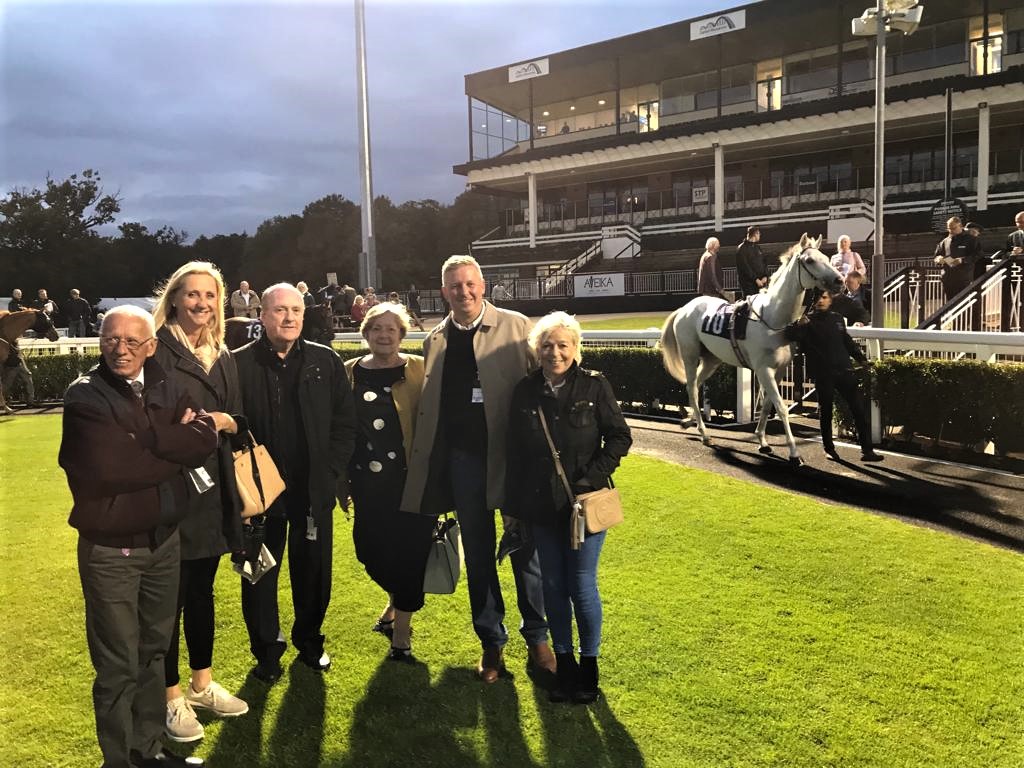