Triumph, disaster and a spot of Reggae

Triumph and disasters go hand in hand when it comes to horse racing – it’s just ‘how it is’ and there are more disasters than triumphs for sure. Always have been and always will be. We are used to strange happenings and uncontrollable events affecting our lives in racings very own bubble. But even racing people and their wild dreams and occasional wild imaginations couldn’t have foretold the events of this year but, leaving the pandemic aside, the last couple of weeks have been ‘extraordinary’ even by racing’s standards.

Working backwards from this weekend, the wonderful “Arc” meeting is usually heaving with British racegoers and runners representing anxious owners, trainers and jockeys, vying for a piece of history or simply delighted to have a horse good enough to take them to the big stage. Aiden O’Brien usually takes centre stage, nothing new there, except this weekend his four intended Arc runners plus several others (seven today) were missing for reasons almost as shocking, strange and unbelievable as the arrival of the pandemic when it made its unwelcome entrance.

This time it was the announcement from Gain horse feeds that an unwanted substance, unlicenced in Europe and generally used to fatten calves in America had somehow found its way into racehorse feed. A letter went out warning the trainers who feed Gain feeds to discontinue its use immediately after half a dozen or more horses had tested positive for the prohibited substance.

This is an unmitigated disaster. A colossal problem that will cause Gain tremendous losses. Losses that are hard to quantify on all sides. For the trainers and breeders unable to run their horses after months and years of hard work to produce these top-class equine athletes. Imagine how many horses they went through to find the few really good ones, only to be denied running them in these major races? Some may never get the chance again with conditions that suit them, often horses only have ‘one day’ to really ‘shine’ and if they miss it, the opportunity may not reappear.

Likewise for the owners who have eagerly awaited their proudest of moments and paid handsomely for the privilege, the searing disappointment cannot be put into words.

That said, take nothing away from the winner of this years ”Arc” “Sottsass” who had been victorious in the French Derby last year and has proven to be a serious horse at the very top level, his 340.000 Euro price tag looking decidedly cheap.

But the big story goes to todays Prix Marcel Boussac –Criterium Des Pouliches, winner “Tiger Tanaka” who won the Group 1 contest for two year old fillies in fine style under her lady Jockey “Mlle Marcialis” a mum and the first lady jockey in France to win a Group 1 race. This incredible filly cost only 6.500 Euros at Tattersalls Ireland last September and began her racing career by winning a row of four claimers! Present connections claimed her after her debut win and managed to hold on to her, winning another three claimers ahead of a highly respectable 3rd in a Group 2 contest followed by a win in a Group 2 before todays huge result in a Group 1 event. What a superb ‘Rags to riches “ story - just the type racing folk love and dream about. Incredible.

And just when you think racing cannot possibly get any more varied, strange or different something else pops it's head up. The email from “Pete” previously unknown to us, but kindly telling me he had watched us on the “Dales programme” and it reminded him of a Reggae song written in the late 60’s early 70’s about George who was making quite a splash as leading jockey in Jamaica at the time, where he rode for several winters and where it seems he had quite a fan club. I knew all about his trips including his hiding under a car during a gun fight, bashing a racegoers head with his whip for making unsavoury comments (nowadays it would be called racism although I am not sure how Megan Markle would describe it?) and having a bin full of bricks thrown off the top of the stand at him as he was about to canter to post for a race, his horses quarters bore the brunt of the missile but had it landed on its intended target George would not have been around to tell the tale. But the “Reggae” number was a new one on me.

Life is certainly full of surprises! I hope you enjoy it. 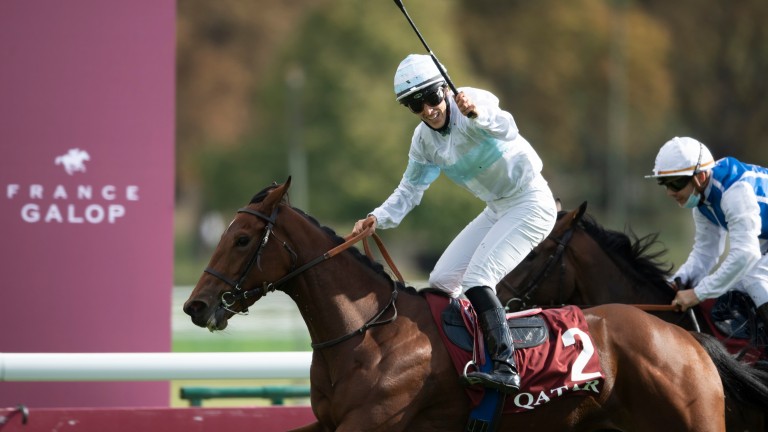