We’ve had a few of horses hit the goal posts recently, Troop and Cuppacoco especially ran very well in defeat which is both encouraging and frustrating in equal measures. As a win is proving to be somewhat elusive, we’re pining our hopes on Troop as he heads back to Newcastle to contest the 5.30pm under Franny Norton. Fingers crossed for a bit of luck – we could use it! 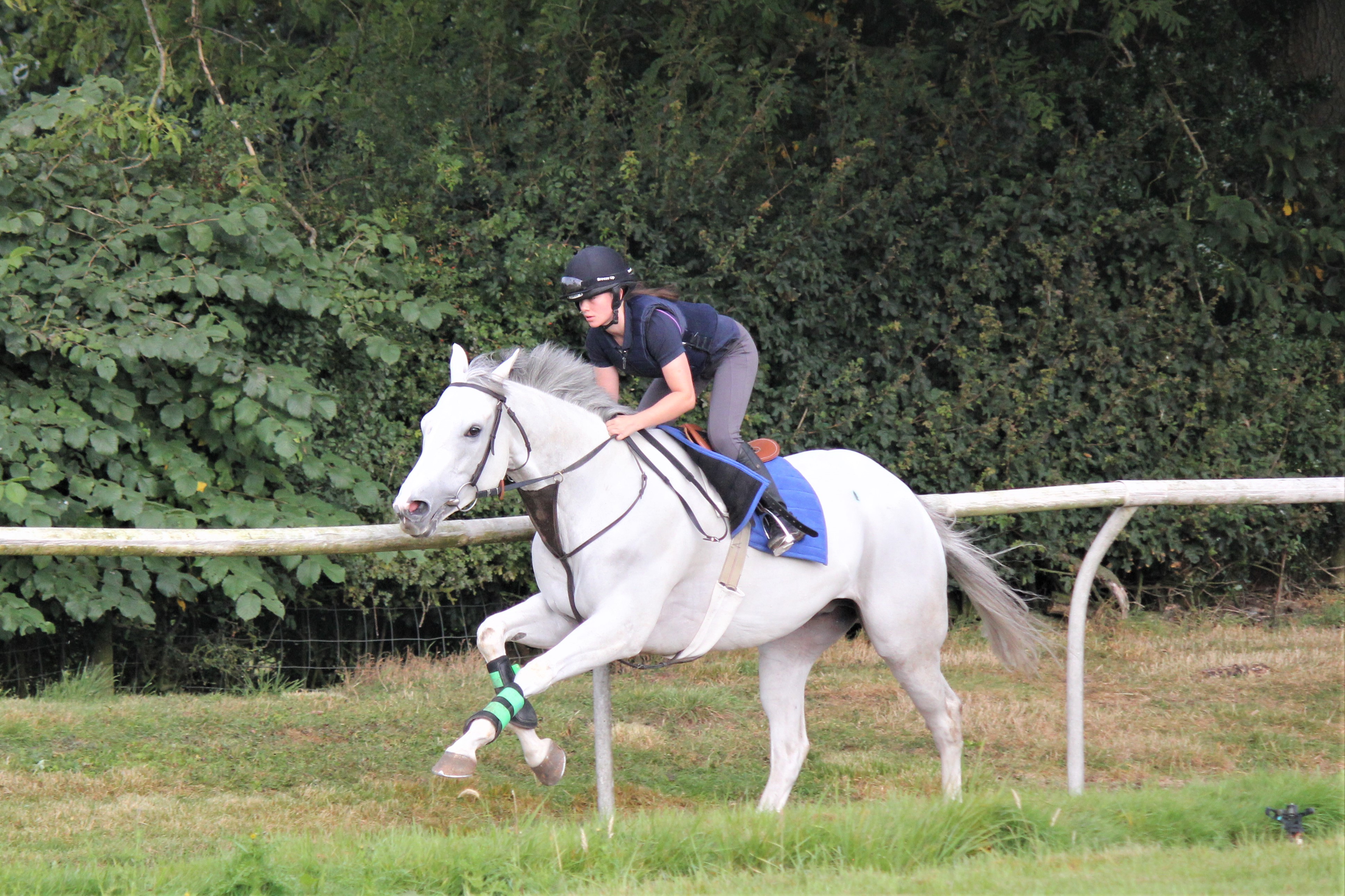 Making her debut later on the card, Charmore is a filly we have had here since she was a foal straight from stud. She’s really blossomed but will need the experience tonight.

The sky was dull on Saturday morning, but that was just about the only thing! The ‘excitement’ for want of a better word, came in the form of a large blue New Holland tractor, driven by a farmer who was well old enough to know better….

As our first lot of the morning walked home after galloping, Mr Farmer came careering along in quite the hurry. George, who was aboard a two-year-old, eased out into the middle of the road waving his arm in a bid to slow the tractor and keep him at a safe distance. Mr Farmer had other ideas and instead of easing off the accelerator, he put his foot down and ‘zig-zagged’ through the string! How no one was hurt is beyond me, though staff and horses were extremely shaken, after all, there’s only one winner if you collide with a tractor.

With a quick phone call to one of the local farmers, Ann learned that a farm sale was taking place nearby and without hesitation, she and owner Nancy Farrington were off in pursuit of the blue New Holland. Pulling up at the farm sale they soon spotted the guilty party who was convinved that he was not at fault, wagging his finger and denying any wrongdoing. Well, the small-but-mighty Nancy was not impressed! Jumping between Ann and Farmer, she told him not to point his finger and swiftly put him in his place. Ten minutes later, Ann headed back to the yard with blue tractor in tow, under promise of a phone call to the police if he didn’t apologise to the riders. George and the rest of the team explained what a danger he had been to them all. Not keen to see the error of his ways, it took a while for him to admit the mistake and apologise but apologise he did. We’re still not sure that he really understands the magnitude of driving so recklessly, that swerving in and out of a string of young horses is utterly ridiculous, but the team did their best to help educate an older man who, having worked with livestock himself, really should know better.