The wind proved to be a royal pain in the derriere yesterday - branches littered the roads, garden furniture ended up in the pond and the electricity was off for a few hours. The conditions did not make for a relaxing drive to the races and Dale did a great job of getting the horses to Beverley safely, however, the 'fun' didn't end there...

Up The Millers has always been a bit of a handful, a strong and boisterous character that was castrated early in a bid to keep a lid on his effervescent personality. Yesterday, he had an excuse. The wind was enough to really upset him, and on the way down to the start he spooked, jinked, and unshipped the jockey. Joe managed to keep a hold of him and jogged down to the start with horse in hand, until half a furlong from the stalls when Up The Millers had other ideas and pulled away before getting loose. The horse, surprised by the sudden freedom and with the wind in his sail, shot back up the track, dodging bodies left, right and centre before crashing through the plastic railings and heading back toward the stable yard. Thank you to the chap who caught him and led him back safe and sound. Unsurprisingly, he was withdrawn from the race. The silverlining is that he's fine today and none the worse for his adventure.

As predicted, Arnold found it difficult to overcome the wide draw and wasn't able to finish in the vanguard this time - though the distance he was beaten was minimal at four lengths.

We have a busy evening ahead at Newcastle on Friday, with four horses heading to the Tapeta track, including newcomer Swift Intrigue. More on that tomorrow.

Up The Millers at home - looking like butter wouldn't melt! 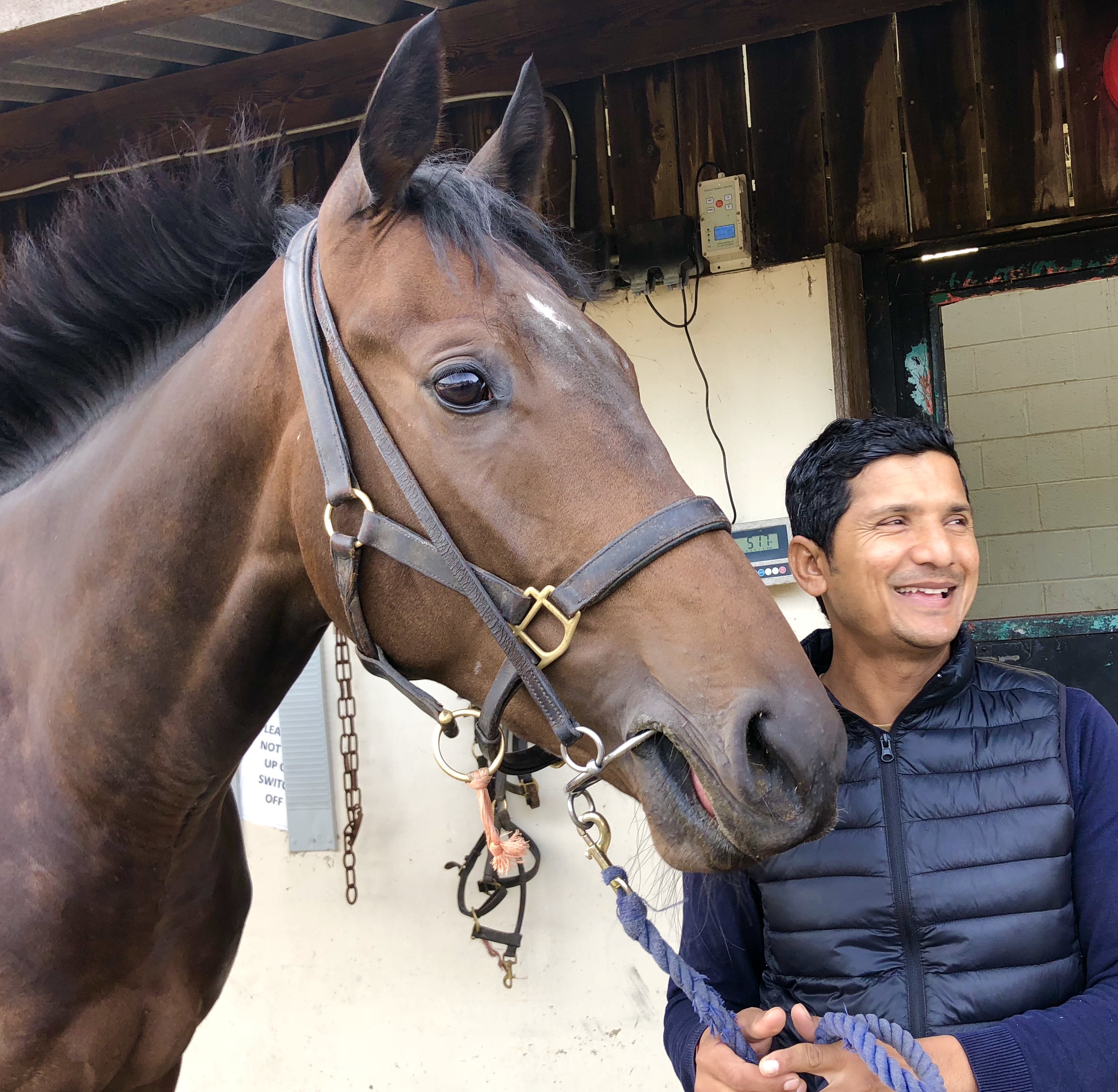